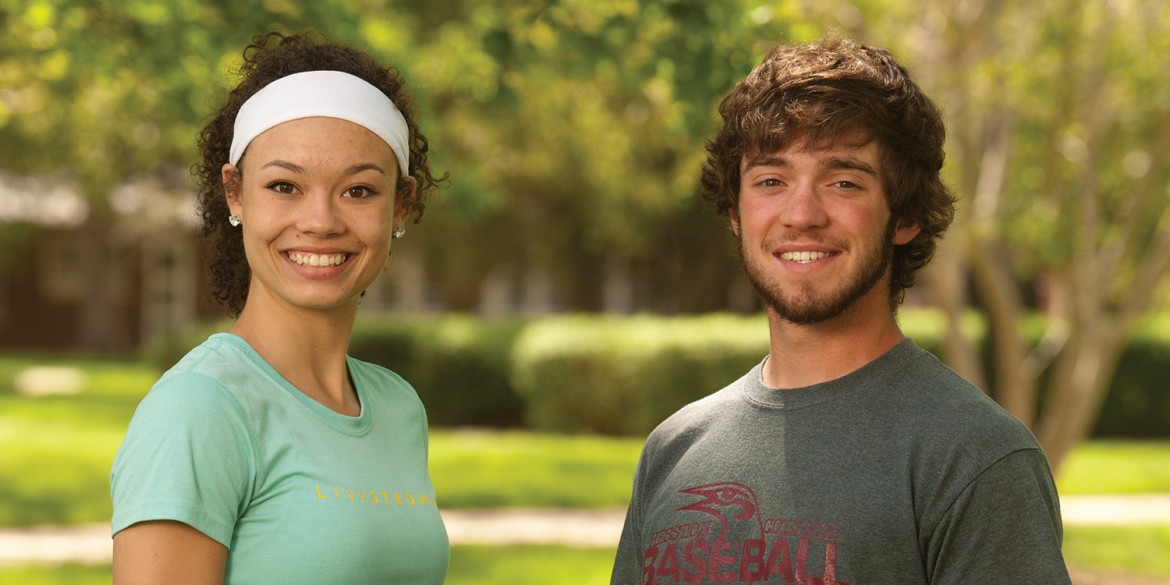 Yoder (Millersburg, Ohio) a leader among the winningest class in Hesston baseball history, battled injuries during his sophomore campaign but still contributed from the shortstop position with award-winning defense and a leadoff position in the batting order. A youth ministry major, Yoder was busy off the field as well, taking the responsibilities of both ministry assistant and resident assistant his sophomore year.

“I was surprised,” Yoder said of the honor. “I’ve put in a lot of work so it’s nice to be recognized. Baseball takes up a lot of my time, but coach Rob’s values and Hesston’s values have really impacted me. I came here to play baseball, and I’ve really enjoyed my time.”

Ladwig (Wichita, Kan.) was a stalwart for the women’s basketball team, both for what shows in the stat sheet and what doesn’t. The forward finished 15th on Hesston’s all-time scoring list and played a leadership role as a team captain. Ladwig, who completed her second year of a three-year nursing degree, was also a resident assistant and was instrumental in the inauguration of the newly-formed Hesston College Gospel Choir.

“I feel very honored,” Ladwig said. “I’m glad I can represent this college well. I definitely think the basketball team has made me a better leader. Being in a sport here became an equal component of my Hesston College experience, and it was much better than I could have ever hoped for.”

“It was such a pleasure to coach Makayla,” said Hesston women’s basketball coach Dan Harrison ’79. “She worked hard and was a true servant leader to her teammates.”

Coaches for each of Hesston’s 11 varsity sports nominate a player from their team for Student Athlete of the Year honors. Candidates are to exemplify excellence on the field, in the classroom, in the dorms and campus community. Candidates are then voted on by coaches. This is the award’s third year.

The other major honor of the night was the highest team GPA, which the women’s soccer team won with a 3.32 in the same year as the program’s first trip to the playoffs in its seven-year history.

“They’re a wonderful group,” said Hesston women’s soccer coach Bryan Kehr. “They worked hard and improved on the field, but their character is what I’m most proud of.”