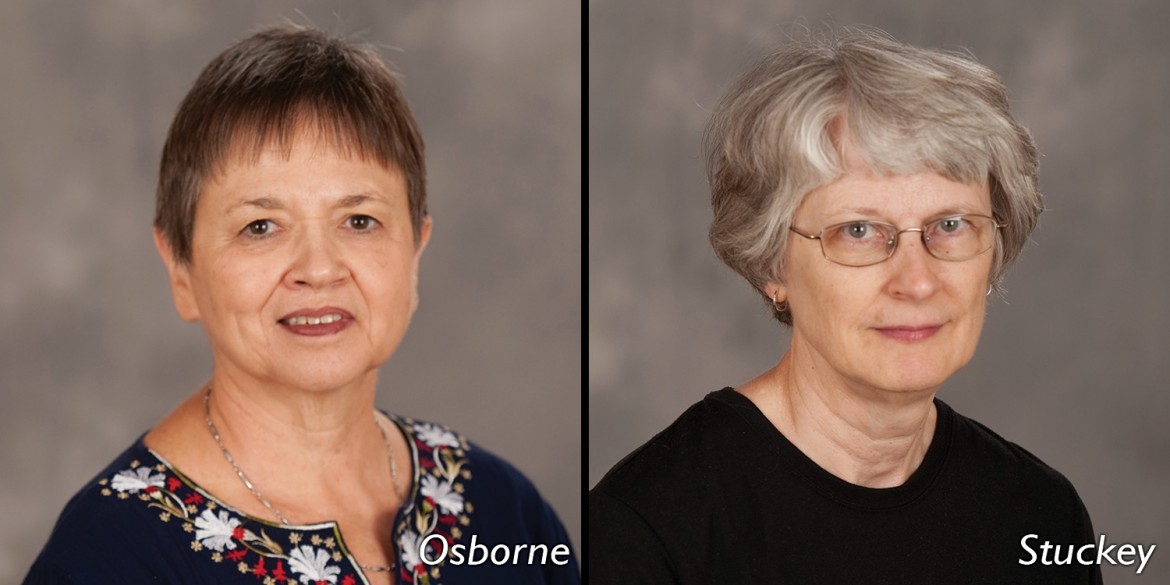 Two staff members retired following the 2013-14 year. Sena (Miller) ’68 Osborne served at Hesston College for 29 years – from 1982 to 1987 in Food Service and led the postal services department from 1990 to 2014. Sue Stuckey served in Food Service in a number of roles from cook to manager for 27 years. Thank you Sena and Sue for your years of faithful service to Hesston College and the mark you have left on this community and the students who choose to start here.

Tonya (Hunsberger) ’94 Detweiler began as interim vice president of Advancement July 1, stepping into the role held by Yvonne (Yoder) ’71 Sieber since 2007. Detweiler has served as development officer for Ohio, Michigan, Indiana and Florida since November 2008. She will fulfill her duties working from her home in Goshen, Ind.

Scott Friesen has been named men’s resident director. He has a B.A. in youth ministry with a minor in Biblical studies from LeTourneau University (Longview, Texas).

Joel Kauffman ’80 began as interim vice president for Student Life May 1, stepping into the role held by Lamar Roth since 2003. Kauffman has served at Hesston College for 27 years as former women’s basketball and softball coach, instructor and vice president of Admissions from 2007 to 2011. He began as athletic director in 2011 and will continue in that role during the interim period.

Russ Neufeld ’97 began as director of Information Technology July 1. He has served in Hesston’s IT Department as Network Manager and Database Administrator since 2010.

Rob Ramseyer began as interim dean of students May 1 filling the role held by Lamar Roth since 2003. Ramseyer has served as head baseball coach at Hesston College since 2011 and will continue in that role during the interim period. He also served in Student Life as co-director of campus activities from 2011 to 2012.

Dori Roth ’87 began as associate director of Financial Aid June 1. She has a bachelor’s degree in business education from Goshen (Ind.) College.

Stephanie Swartzendruber ’11 has been named women’s resident director. She earned a B.A. in English and TESOL from Goshen College.

Melissa (Rumsey) ’90 Unruh will begin as director of institutional data in fall 2014. She has served as Food Service director since 2004 and has also worked with the Title III grant in implementing a new enterprise resource planning system since 2010.

Heidi Zehr ’11 has been named women’s resident director. She earned a B.A. in psychology from Goshen College.