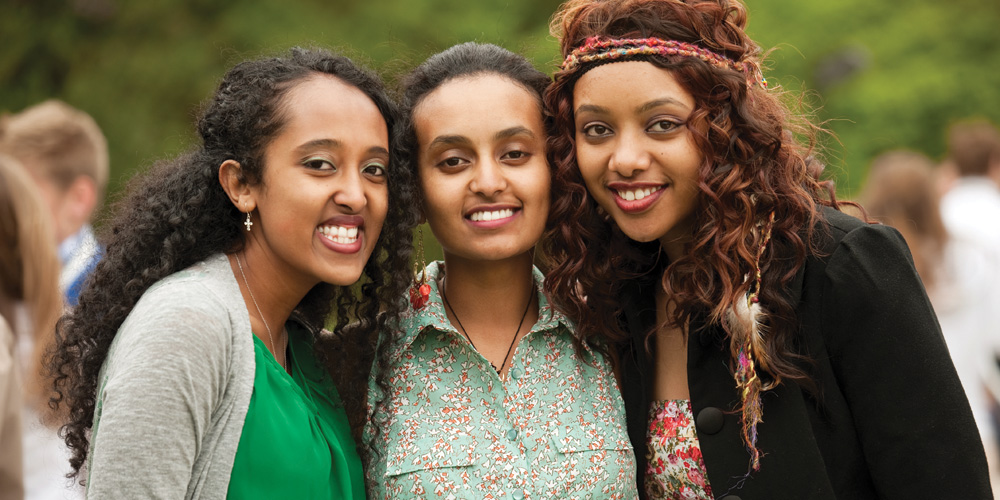 Commencement speaker J. Nelson Kraybill, president-elect of Mennonite World Conference, filled graduates with hope for a world filled with shalom as they departed Hesston College during the May 5 ceremony.

Kraybill referenced the apostle Paul’s words to the church in Ephesians 1:16-23 to encourage the graduates that there is hope in the world and God is not silent.

“I do not cease giving thanks to God for you as I remember you today in my prayers,” Kraybill said. “And I pray with Paul that the eyes of your heart may be enlightened so you understand the hope to which God has called you, and the power of the gospel to transform lives and change the world.”Kraybill, who serves as pastor of Prairie Street Mennonite Church in Elkhart, Ind., and is president emeritus of Associated Mennonite Biblical Seminary in Elkhart, shared stories of forgiveness and love to show that, despite the pain and suffering in the world every day, there is hope in faith and within faith communities. He challenged the graduates to live for shalom community and serve others boldly.

“In this world of violence and poverty and need, what if Hesston College graduates were known around the world as the best trained shalom activists, who are so effective because they are not afraid to die for Jesus?” said Kraybill. “What if Hesston College alums were ready to risk everything for [selfless] reconciliation?”

The church of Paul’s day served selflessly because of the hope they found in Christ’s teachings – even risking their health, comfort and lives to help the church grow. Kraybill commissioned the class of 2013 to respond to a world in need in the same way.

“As terrorism again touches this nation, as warfare festers in other parts of the world, as environmental and natural disasters befall the world that God loves, it is timely for people trained in disaster response to go out and give your lives in living sacrifice for the healing of the nations,” Kraybill said. “It is time for teachers and nurses, scientists and pastors, pilots and artists, computer programmers and historians to infiltrate the structures of government and business and politics and the church and subvert them for hope.”“Graduates, God is not silent in our suffering world,” Kraybill continued. “God is speaking and will speak through you and act through you for the healing of the nations. That is the hope to which you are called. Go out from here with joy and be led back with shalom.”