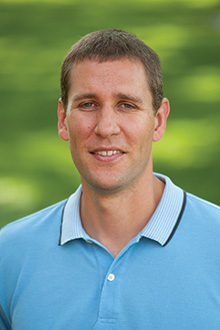 Mark Landes began his new role as vice president of finance and auxiliary services in June. He replaces Don Weaver ’83 who vacated the position in September after six years for a new job opportunity.

“Mark brings expertise in higher education finance that will be most helpful in our strategic planning,” said President Howard Keim. “His care for Hesston College, desire to serve in this kind of setting and his competent leadership will be great gifts to the college.”

Landes is married to DeeDee (Martin) ’02 Landes and they have two young children, son, Kason, and daughter, Taylor. 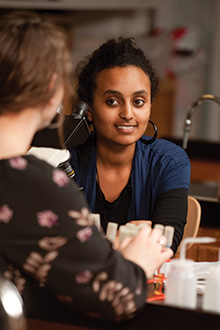 Hesston College added three scholarships to a list of almost 100 endowed scholarships to help offset tuition costs. Students with particular interests, qualifications or financial need will be eligible to receive the scholarships as soon as the 2013-14 year.

The Kenneth Steider Memorial Scholarship, named in honor of the 1949 graduate and 11-year college employee, will benefit international students at Hesston College. Steider, who passed away Sept. 15, 2011, served the college as librarian and part-time English instructor before spending 27 years of service in Taiwan.

The Carole King Jefferson Endowed Education Scholarship will be awarded to one student every year who intends to study education. King Jefferson was a 1963 graduate and spent 34 years as an educator at Valley City (N.D.) State University. The scholarship was established by her family following her death in December 2011.

The changing face of race and ethnicity in Mennonite Church USA was the inspiration for the Hesston College Inclusion Scholarship. It was initiated by alumna Annette (Steider) ’83, former staff, Board of Directors member Brown and her husband Greg Brown of Frisco, Texas, as a way to improve diversity and inclusion at Hesston College, and will be awarded annually to a student from underrepresented groups within Mennonite Church USA.