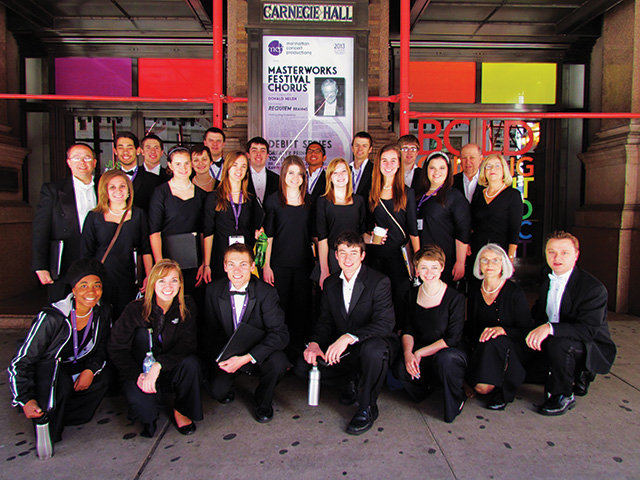 The Bel Canto Singers celebrated the group’s 30th anniversary May 6 to 16 with an east coast tour highlighted by a four-day New York City excursion and a performance at Carnegie Hall.

“It has been the ultimate goal for performers to perform at Carnegie Hall for more than a century,” wrote Morgan Martin ’14, New Holland, Pa., in the group’s Facebook travel journal. “Now it was finally our time to perform the Brahms’ Requiem that we worked for five months to accomplish! Performing on stage felt unreal. It was an incredible experience that we will remember for a lifetime.”

Hesston College alumni and friends joined Bel Canto in New York for five days of sightseeing and connecting with each other, students and the college.