A family, a start, a home 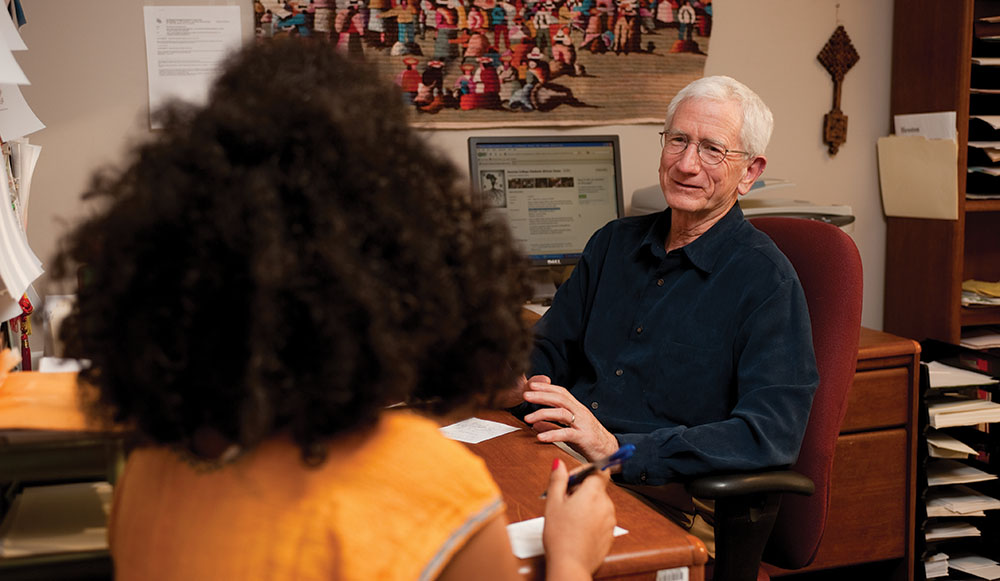 All nine members of our family squeezed into a Kaiser-Frazer sedan for the move to Hesston from Indiana in the summer of 1952.

Hesston College was the sole reason we came here. My father, Chester ’54, who had pastored churches in Michigan and Indiana, did not have a college education and was attracted to Hesston’s short-term Bible and religion courses. My oldest brother, Conrad Ac55, ’57, was interested in Hesston Academy.

Our family quickly became connected to the college. My parents purchased a two-story house from Lyle Ac31, ’35 and Erma (Martin) ’35 Yost and moved it from north of Hesston to a wheat field on the north edge of town, now North Weaver Street. The Yosts asked my parents to make the mortgage payments to Hesston College rather than to them.

What we thought was going to be a temporary stay in Hesston became a permanent home, with Hesston College at the center of our permanency. My father did take Winter Term courses, my brother did enroll at Hesston Academy and Hesston College, followed by siblings Zonda (Osborne) Ac57, ’59 Befort, Phil Osborne Ac61, ’63, former faculty, Rachel (Osborne) Ac63, ’65 Koppenhaver and me. Three of our spouses are also Hesston College graduates.

With eight third-generation Osbornes and three of their spouses attending Hesston College, and four members of the extended family who have been employees, there has been an Osborne at Hesston College as a student or employee for most of the past 60 years.

If I could produce a Google Map of significant influences on my life, it would show Hesston College as the starting point but quickly expand to include a broader world. As a student at Hesston during the Vietnam War, I became convinced of the need to make a positive contribution through service abroad, which started 10 years of volunteer work with Mennonite Central Committee in the Middle East and shorter periods of living in Japan and India.

In nearly 35 years of working at Hesston College, I find personal importance in the confluence of being present in the global family but having a centering place of home, both in residence and in employment. I owe much to this place.

The shaping of my life began with that crammed carload of Osbornes journeying to Hesston. The Kaiser-Frazer got us here but could do no more than that. It went. We stayed.