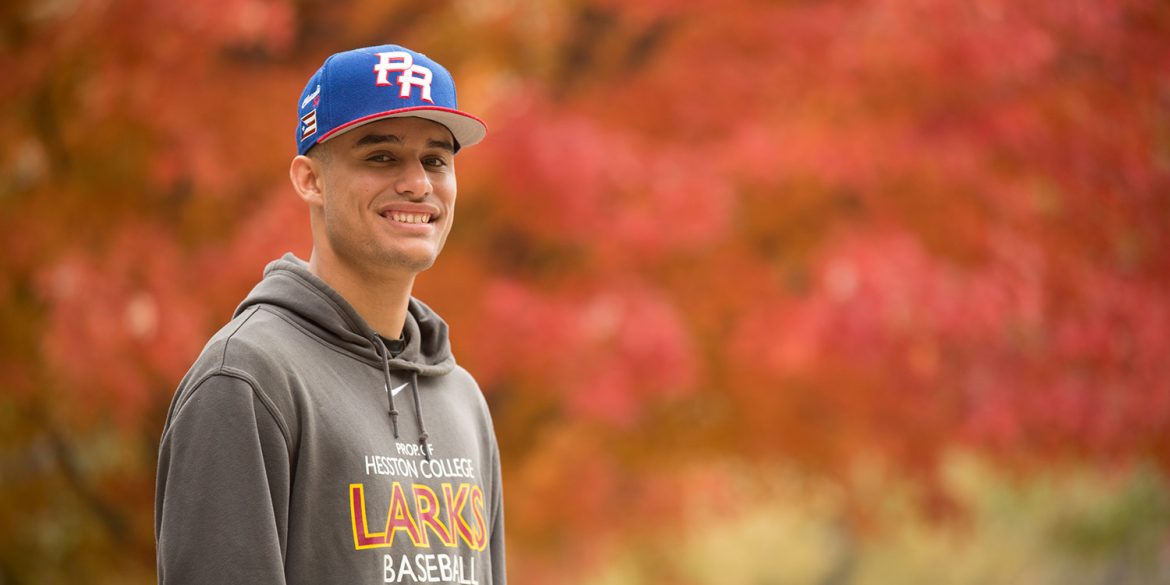 On Sept. 20, a Category 5 hurricane ripped through the heart of Puerto Rico leaving a majority of the island under water and without power. Approximately 3.4 million residents lost electricity, most lost precious belongings, and some lost lives. The trauma of the storm even managed to reach Hesston College, where Carlos Rodriguez is a sophomore baseball player. But a Puerto Rican first.

For an entire week after the hurricane, Rodriguez went to class, went to practice, did his homework and played in baseball games, all while wondering if his family was okay. In Toa Baja, Puerto Rico, his grandparents, mother and uncles were unable to call and let him know they were safe due to the power outage across the island.

“It was hard because I was supposed to pitch the day it happened and I just kept thinking about home,” Rodriguez said. “I missed a couple of classes because I couldn’t sit in a classroom and pay attention.”

He was sitting in his dorm room after a day of classes when he got the call.

“I took a big breather when my mom called. She told me my house was fine, thank God.”

And Rodriguez continued to receive good news. Despite not evacuating, all of his family members and their homes were safe. But the rest of his hometown was not. Numbers reported for Toa Baja are murky, ranging from one to nine deaths.

“Houses are flooded and in parts of the neighborhood, all you can see are trees,” said Rodriguez.”

He’s grateful for the supplies his family has received because others haven’t been as fortunate. After supplies are flown into Puerto Rico, they aren’t being transported across the island. Truck drivers are scarce and hesitant because they have very little fuel and can’t be reached by telephone. There’s an abundance of resources but no one to distribute them.

Rodriguez believes that Puerto Rico’s slow recovery is partially due to lack of experience with disaster. The last time a hurricane hit was 2004, but Rodriguez said they’ve never experienced one like this. And they never thought they would.

“When Hurricane Irma missed us, it was a big relief,” Rodriguez explained. “Puerto Rico has a tendency to miss these storms. So when we heard about Maria coming we thought, ‘It’s gonna miss us.’ Then it came closer and closer and I thought, ‘This is really gonna happen.’ Then it went through the heart of Puerto Rico.”

After about one month, only 13.7 percent of the island had power. Restoring clean water is also a major issue right now as 63 percent of Puerto Ricans lack access.

Despite the slow recovery, Rodriguez guarantees Puerto Rico will bounce back.

“We just care about surviving, and helping others,” he said. “It’s going to bring us together.”