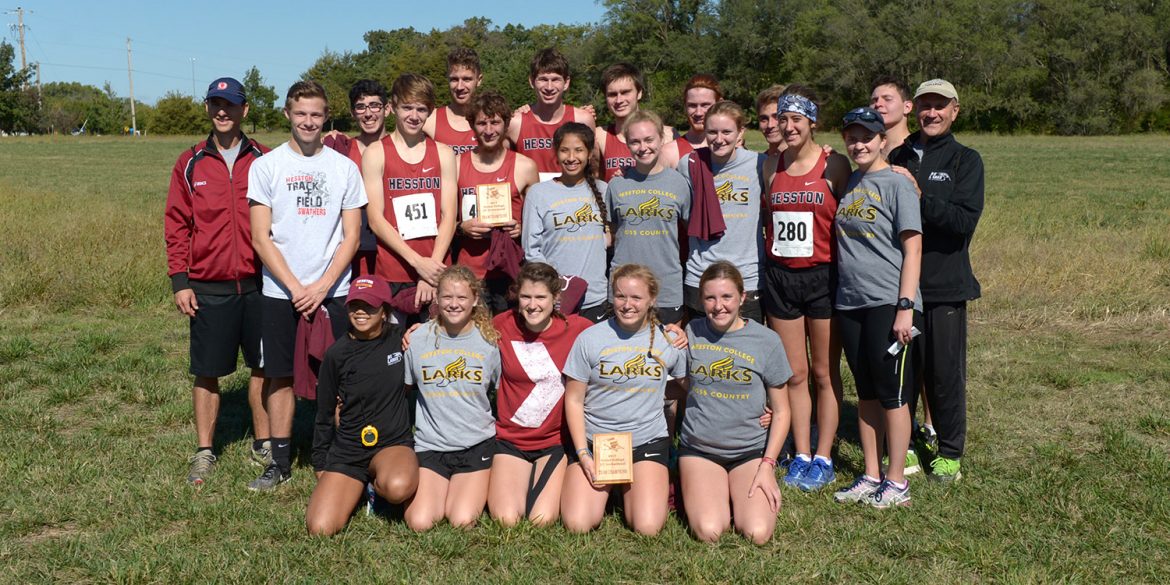 Both the men’s and women’s cross country teams competed well during the 2017 season. A highlight for the season was both teams winning first place at the Bethel College (North Newton, Kan.) Invitational/ The women’s team finished eighth of 16 teams in the Region VI competition and placed 22nd out of 42 teams at Nationals in Fort Dodge, Iowa, on Nov. 11, improving on their 29th place finish from 2016. Three of the seven runners ran personal best times at the national meet.

The women’s soccer team finished the season with a record of 9-10. “The thing I will remember about this team is that they never gave up,” said coach Bryan Kehr at the conclusion of his eighth season with the Larks. “They worked hard to play for each other and were a very unselfish group. We got off to a great start, but unfortunately, the injury bug hit us pretty hard. Some highlights of the season were overtime wins at Pratt and Ottawa University.”

The men’s soccer team finished the season with a record of 7-13. “We had a fantastic group of guys who really bought into the idea of community-brotherhood,” said second-year head coach Matt Gerlach. “We also won Region VI games for the first time in more than 10 years and had one of the best records in that time as well, but more importantly, these young men now have a better idea of what it looks like to thrive in life and not be satisfied with ‘okay.’”

The Larks volleyball team finished the season with a record of 11-17. “We had a great group of women this year, and we made a lot of progress on the court,” said second-year coach DeeDee (Martin) ’02 Landes. “We had a tough schedule this year, which helped us improve our skill, however, that isn’t reflected in the win-loss column. Like every year, we dealt with injuries and yet we persisted through them. I have really enjoyed this team and am looking forward to having a strong returning class to lead us next year.”

The winter sports seasons got underway with the first basketball games of the season on Nov. 1.

“It is great having returning sophomores,” said second-year women’s basketball coach Jeff Jacobs. “They are leading the freshman and helping them understand how we compete. We are taller, deeper and more athletic. The team is working hard and we will be much more competitive than last year’s team. I couldn’t be more pleased with their effort.

“I am very excited about this year’s team,” said men’s basketball coach Dustin Galyon ’04, who is starting his tenth year at the helm. “We have more quality depth at the gaurd spot than I have ever had in my tenure coaching career. We have a great schedule this year and will have some very challenging games early, which will be a great test for our guys.”