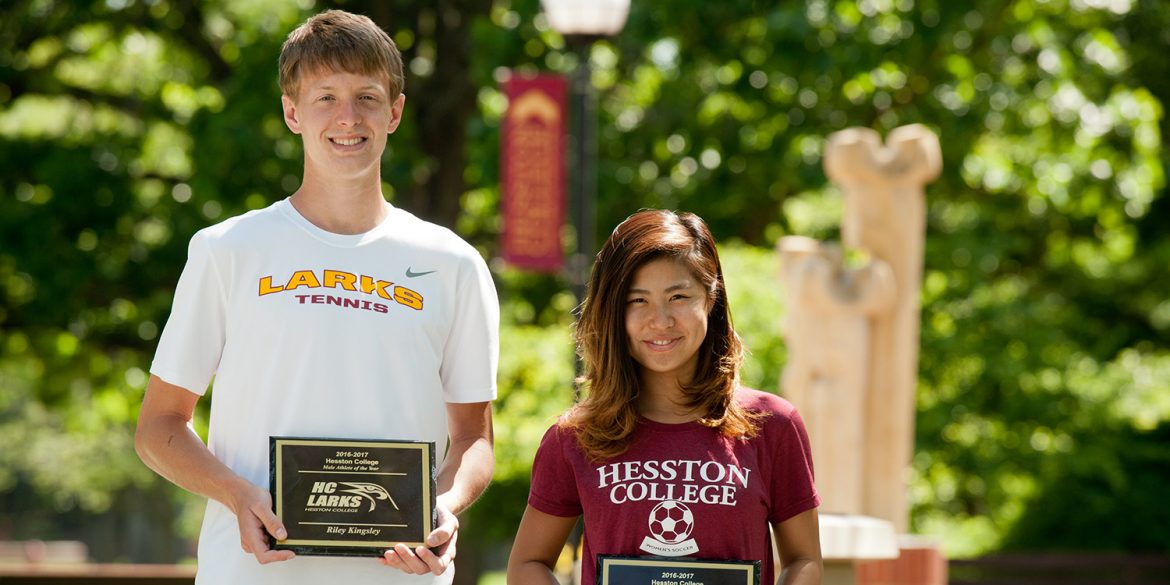 Mika Matsuda ’17 (Kyoto, Japan), a member of the women’s soccer team, and Riley Kingsley ’17 (North Newton, Kan.), a member of the men’s tennis team, were named 2017 female and male Student Athletes of the Year at the annual athletic banquet in April.

Matsuda was a force on the field during her two years at Hesston, earning several spots in the record book, including second for goals (34) and first for points (118) in a career. She also set a career record for assists (50) and set a season mark for points as a a sophomore with 60, surpassing her freshman mark by two points.

“Mika and her sophomore teammates placed their stamp on the program with their play on the field and their work in the classroom and on campus,” said coach Bryan Kehr.

Kingsley was a leader for the men’s tennis team during both of his years at Hesston, playing in top spots in both singles and doubles. He was also a member of the 2016 team that competed at the NJCAA national tournament.

“Riley is a solid player who consistently made a difference for us,” said coach Chance Joost. “His winning attitude was an example for the other guys to follow.”