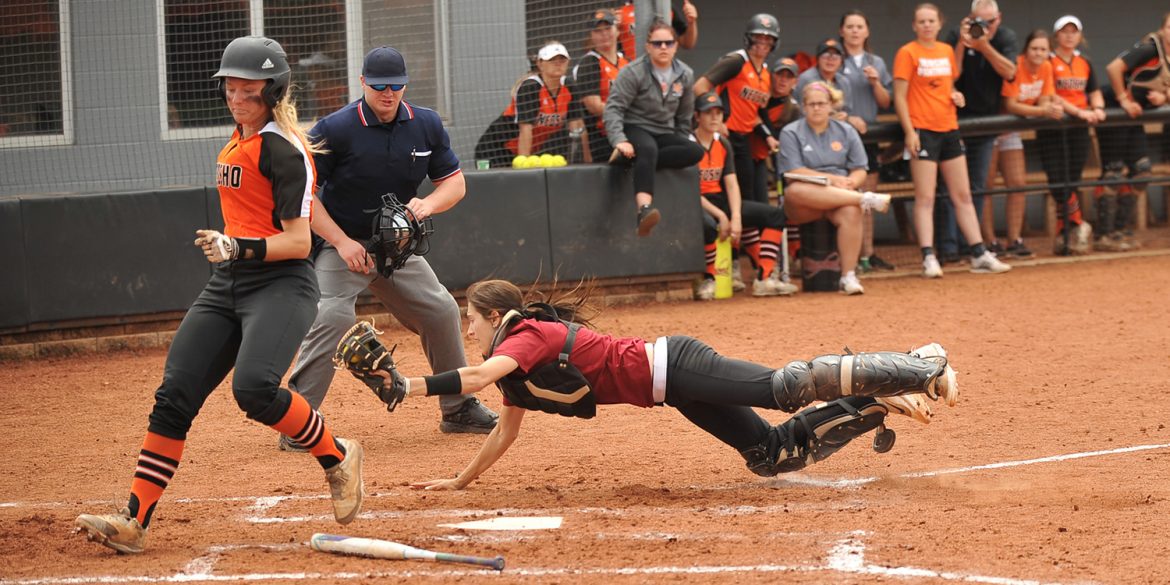 Catcher Ally Steiner couldn’t quite tag the Neosho runner as the Larks fell in the playoffs.

The Larks softball team enjoyed a successful 2017 spring season by racking up 26 wins on the season (26-22), surpassing the programs’ previous record of 23 wins set during the 2012 season. Along with the team accomplishment, some Larks reached individual milestone during the record breaking spring. Jerrica Brown ’17 (Clovis, Calif.) became the Larks’ all-time leader in home runs (14) along with runs batted in (89). Catcher Ally Steiner ’17 (Phoenix, Ariz.), tied the records for career hits (113) and stolen bases (60). The Larks are led by coach Andrew Sharp ’99, who completed his eighth year at the helm of the program. 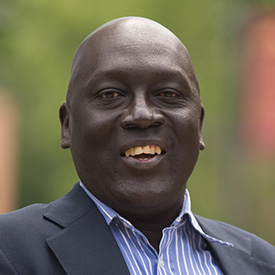 James Komakech will assume the role of men’s and women’s tennis coach with the start of the 2017-18 year. Komakech, who hails from Uganda, has worked as a teaching pro at Genesis Health Club in Wichita, Kan., for the last 15 years. He is also active with the National Junior Tennis League in Wichita, which provides tennis and education to under-resourced youth and individuals with disabilities. Komakech played collegiate tennis at Barton County Community College (Great Bend, Kan.) and Bethany College (Lindsborg, Kan.). Prior to coming to the United States, he was a member of the Ugandan Davis Cup team, and he represented his country twice at the All African Games.