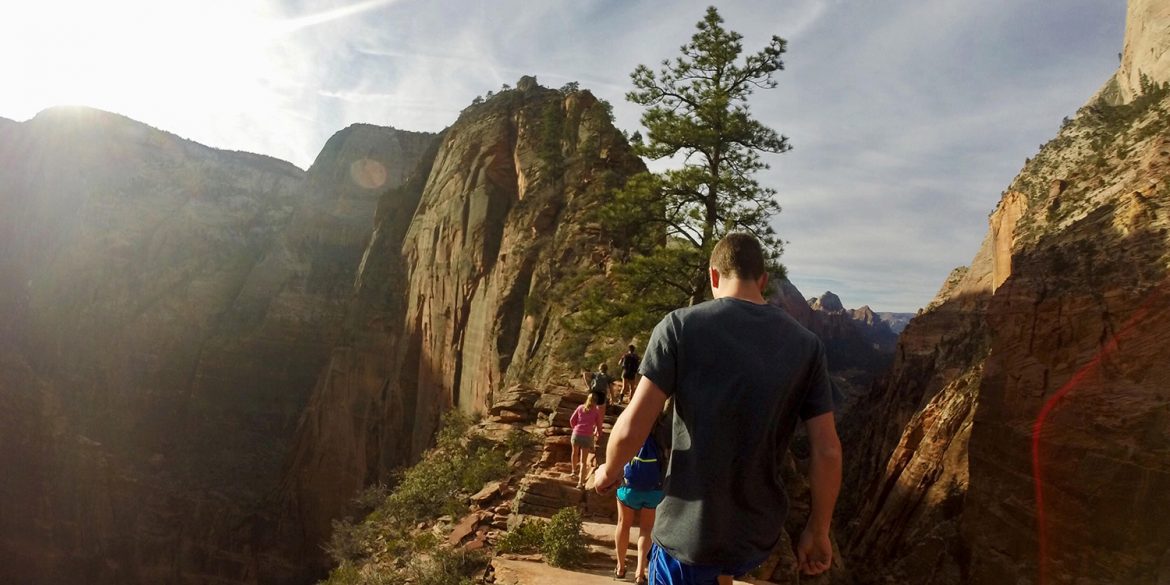 Go on an illogical road trip out of state? Check.

That’s exactly what Jonah Short-Miller ’17 (Bellingham, Wash.) was up to during his two years at Hesston College. As a biochemistry major, Short-Miller occupied his time with lab reports and late night study sessions. But he also made time for one very important thing: the Hesston College bucket list.
Handed down to him from his sister, Rachel Short-Miller ’15, the bucket list has a 16-year history, starting with student Dierdre Harder ’01.

Harder’s younger sister, Fjaere (Harder) ’05 Harder Nussbaum, got the list in 2004 after her brother, Zachary Harder ’03. It has been 12 years since the Harder family attended Hesston, so the list now travels down to friends. How do you get selected? You just have to be a student at Hesston College. And lucky enough to be chosen, of course.

Harder Nussbuam said the list was “a very thoughtful gift from her sister as a guide for her younger siblings.”

And for the younger Harder sister, the bucket list was indeed a guide. A hard worker and strong student, Harder Nussbaum says the list framed her overall Hesston College experience as it reminded her “how important the friendships, surprises and momentary experiences are.”

“It encouraged me to find and relish the whimsical, carefree pleasures of the Hesston Experience,” said Harder Nussbaum.

The list continues to have that effect on its lucky recipients.

Jonah Short-Miller was the eighth student to contribute to and participate in this bucket list.

“The bucket list is a fun way to keep in touch with Hesston’s past,” he said. “Having the list encouraged me to make much more of an effort to put myself out there.”

In fact, on a cold weekend in March, Short-Miller traveled with friends to Freeman, S.D., for the purpose of checking another item off his bucket list: Shmeckfest, an annual four-day festival celebrating the heritage and culture of three Mennonite ethnic groups in the area – Hutterite, Swiss and Low German.

“We also randomly went to Oklahoma last year,” added Short-Miller, noting that he had more than one illogical road trip under his belt.
Short-Miller completed most of the 89 semi-secret items on the list (side note: Not all items are completely legal).

For instance, some things like “Climb on top of Erb…no, all HC buildings” could lead to a fine. Or “Climbing the Hesston water tower” might be a little risky.

But other items on the list such as going star tipping or sending random things through campus mail are just plain goofy.

Now a seasoned veteran in these endeavors, Short-Miller passed on the list upon his graduation in May.

Who’s the next lucky student? Short-Miller didn’t give a clear answer, but it could definitely be more than one person.

“I just want people to have new and crazy experiences and to add to the list. I hope it keeps going,” he said.

Also floored that the list still lives on, Harder Nussbaum said, “It is heartwarming to know that through the passing on of the bucket list itself, and the activities on it, students continue to get the ‘education plus’ that we have fondly coined the Hesston Experience.”

As Short-Miller ended his time as guardian of the list, he had one more task from his older sister, Mara (Short-Miller) ’12 Graber. She left 25 ideas for her brother. The last one?

“Add your own things to the list and pass it on to others.”

Short-Miller wouldn’t reveal all the secrets and ideas he passed along, but he did share one of his bucket list additions:

“Don’t be afraid to redefine yourself; Hesston is the best place in the world to be exactly who you want to be.”