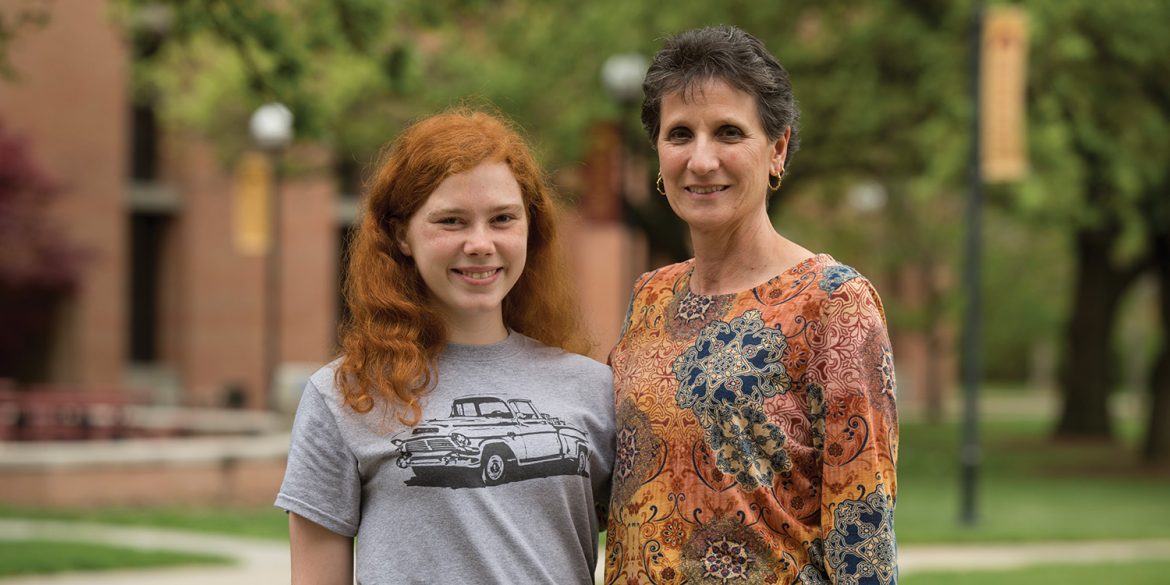 “Between Hesston College and other colleges, I have received a lot of Phonathon calls, some of them rather impersonal. When Emily called, she made a personal connection with me, asking me about my time at Hesston and allowing me to reflect on some of my favorite experiences. That sense of connectedness made the conversation very personable and easy. I would have given to Hesston College anyway, but because Emily built a connection with me, I gave more than I would have otherwise.”

For a little more than five weeks this fall, 35 Hesston College student callers, known as Student Development Officers, made connections with alumni across the country as part of Phonathon.

Phonathon is an important part of Advancement efforts that help keep Hesston College affordable, but it’s about more than just raising money; it’s a chance for students, alumni and friends to connect and share their experiences.

A year prior, Phonathon led to connections between students and alumni that went beyond a brief phone call when Hesston College past and present were able to meet in person.

As of late November, Phonathon, coordinated by Development staff members Phyllis (Miller) ’71 Weaver and Sheri Esau, had raised $64,171 toward a $100,000 goal in support of the Hesston Experience, with more unspecified pledges yet to be realized. Even though Student Development Officers have wrapped up their calling for the year, it’s not too late to make a contribution and a connection with present and future Hesston College students. The student experience is impacted by every little bit of generosity. Give online at hesston.edu/give.