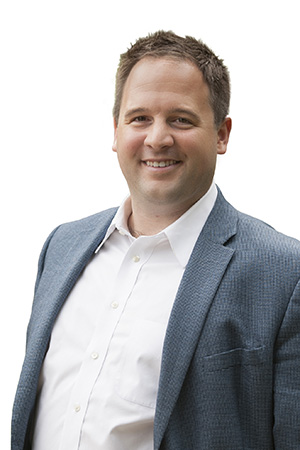 My family has a long history of attending Hesston. On top of that, I was drawn to the small classes, the aviation program and the stories of those close to me who reflected on the strong friendships that were created at Hesston College. I was shy in high school and always wanted to get into aircraft sales, but thought I lacked the social skill set to be a salesperson. Hesston allowed me to garner the confidence to further my social skills on campus and throughout life.

After Hesston, I attended Embry-Riddle Aeronautical University (Daytona Beach, Fla.) and earned my bachelor’s in aeronautical science with a business minor. After college I flew a Cessna 172 taking aerial photos for Bing Maps Birds Eye View, and then I flew Beechcraft King Airs and Embraer Phenoms for Executive AirShare for six years and acquiring 3,400 flight hours. In that time after college, I perfected a lot of social lessons I learned living on campus at Hesston. I was able to leverage that skill set and build relationships that led to my first sales job at Guardian Jet as an Aircraft Broker and now a regional sales associate at Textron Aviation.

FROM FLYING TO SELLING

I had two goals prior to getting into aircraft sales: get 3,000 hours of flight time and improve my social skill set. I set a goal of 3,000 flight hours because I knew I would be proficient and if I ever wanted to go back to that career I would have a significant amount of experience. I probably would’ve pursued sales earlier, but it took a little longer for the economy to recover after 2008. My goal from the beginning was to eventually get into sales. My father was a pilot and aircraft salesman. I’ve been around flying my whole life, so I naturally wanted the flying experience. I also knew I needed to immerse myself in a flying career first. I always aspired to work for Cessna Aircraft, and in 2013 I was hired as a Textron Aviation Sales Associate. I felt Cessna’s culture matched my personality so I accepted the position. Two years later, I won Textron Aviation’s Regional Sales Associate of the Year after generating 10 aircraft sales in 2015.

I lost my father, and natural mentor, at 15 due to an aviation accident. I have very fond memories of working with my flight instructor, Don Woodward. Don became my mentor in flying, and also in my personal life. He was able to push and motivate me in ways I never thought possible. Though I accumulated four of my pilot ratings (private, commercial, CFI and multi-engine) through Don, my fondest memory was when he signed off for my first solo flight during my first semester at Hesston. That flight was the moment I realized I could be a pilot and fly an airplane by myself, without my father.