A Journey to Acceptance 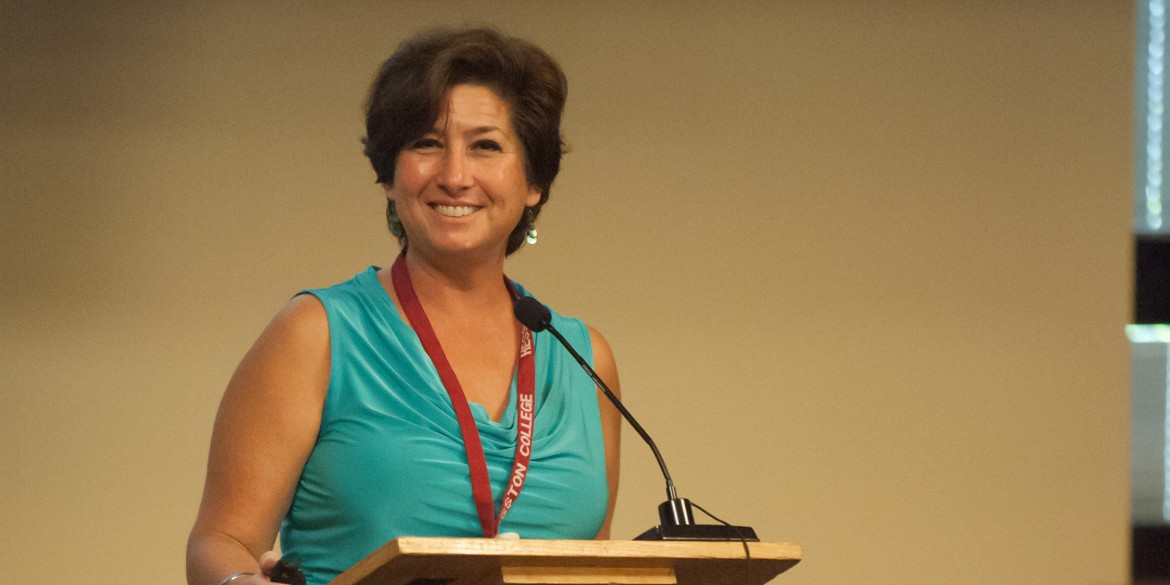 It’s not uncommon for some students to experience culture shock when they arrive on the Hesston College campus. Usually they are international students and occasionally students new to the Mennonite culture, not American Mennonites like Lisa Guedea ’81 Carreño (Goshen, Ind.).

Carreño chose to start at Hesston because she wanted to explore the Mennonite part of her heritage – a part with which she wasn’t too familiar. She says her Hesston Experience gave her what she was looking for: it served as a step in her journey to embrace her identity and provided a start in an unexpected career.

Carreño was born in Chicago to a Mexican Catholic father who had converted to the Mennonite faith and a white American Mennonite mother. She spent her childhood in inner-city Denver’s Mexican-American ghetto and then in south Texas, just 150 miles north of the Mexican border where her father was the pastor of a “fledgling church made up of equal parts jerked-over Catholics and leftover [Mennonite] Voluntary Service workers.” Discovering and accepting her identity was a difficult process for Carreño because of her mixed heritage, which she calls a “mixture of two mixtures.”

Carreño arrived at Hesston College grappling with how to view her identity. As a child growing up in Texas, she experienced cultural criticism from other children. She describes her years in Texas through two very defining life experiences. The first was her identity as a minority, and the second was being on the receiving end of racism. She found it difficult being on the outside, a product of a bicultural marriage, especially in a region where cultural differences were not embraced.

For Carreño, Hesston College was “kind of like the first euphoric phases of culture shock.”

“Coming to Hesston was kind of an anthropological experiment for me because it was all so different from how I grew up,” Carreño said. “I didn’t understand the unspoken rules for how people did things.”

While her Hesston Experience did not provide the moment of clarity in coming to terms with her identity, it was a crucial step in her journey of self-discovery and self-awareness, she says. It provided an opportunity for her to interact and share in new ways that broadened her worldview.

To add to the pile of new experiences, Carreño, who planned to study music education, was assigned to a work study job in the library. Although it wasn’t her first choice to pay her way through college, it proved to be a “right place, right time” situation just a few years later.

Her job in the Mary Miller Library led to a work study position in the Goshen (Ind.) College library when she transferred. It was there, shortly after earning her undergraduate degree in music performance, that a colleague approached her with the idea of pursuing a master’s in library science.

Carreño earned her master’s degree from Simmons College (Boston) a few years later and has worked in a variety of librarian roles in corporate, academic and public sectors since. She is now the director of Elkhart (Ind.) Public Libraries and previously served for 14 years as library director at Goshen College.

Finding and accepting her identity – in both the sense of her heritage and career – wasn’t without feelings of inadequacy, isolation and confusion. However, Carreño is now proud of her multicultural roots and professional accomplishments and ready to explore whatever new opportunities come her way.

“We’re all part of this huge mosaic that has many differences and that’s fine,” said Carreño. “I don’t have it all figured out; I have not ‘arrived.’ I’m still learning and stumbling as we all are.”