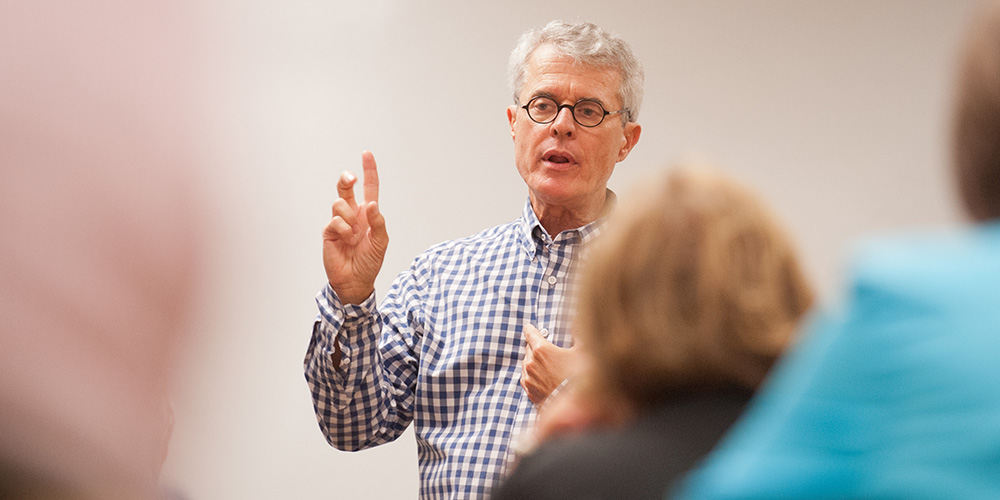 Dr. Tom Clemens ’71 is in the remodeling business. He doesn’t bother with buildings and other structures; rather, he works primarily with bones. As a professor and Director of Research in the Department of Orthopaedic Surgery at The Johns Hopkins University (Baltimore, Md.), Tom and his graduate students conduct research that plays a part in discovering drugs and treatments to repair and rebuild bones for conditions like osteoporosis.

It’s fitting that he is a guiding voice for students as he knows personally how influential teachers can be.

Tom’s path to the research lab was not straight, but he credits passionate and effective instructors for helping him find his way.

Looking back on his life and journey, Tom remembers being interested in biology from a young age.

“I was born a biologist,” he said. “Science is about discovery, and for me that was the attraction. There is no other job like it.”

Thanks to the influence and tutelage of instructors he encountered along the way, Tom took the road that allows him to make a difference.

“I believe that teachers can have a strong influence on students – both good and bad,” he said.

As a high school student at Christopher Dock Mennonite High School (Lansdale, Pa.), his path seemed so unclear that a guidance counselor suggested he not go to college. Tom had other ideas. Thanks to the influence of beloved high school art and biology instructor, Roland Yoder, he started at Hesston College as an art major, but soon realized it was not what he loved.

As a freshman, he found a job as a student lab technician under biology instructor Vincent Krabill, and spent the next 40-plus years focused on biology and becoming increasingly familiar with lab work.

“Hesston College gave me my start,” he said. “I connected with Vincent – he took me under his wing and I realized how much I liked biology.”

That early interaction set him on a path that led him through doctoral work and into the education field as a professor.

Research in an academic setting means independence – both in what to study and how to fund the work. Tom’s proficiency at writing research reports and funding proposals is critical to his ability to continue researching and making a difference. It’s a skill that he credits Hesston College for developing.

“Good writers are important in any field,” he said. “Gerry Lichti, my writing instructor at Hesston, was the first to show me how to write an effective essay, and that makes all the difference in my work today.”

Those who benefit from the work and research that Tom and his colleagues conduct in the lab can also be grateful for the start that helped him navigate a twisting and challenging path.

“Hesston College has professors who are outstanding at what they do – there is a commitment to service, students and concepts that’s not found at a lot of places,” Tom said. “The path I took after Hesston was really hard, but I was prepared.”