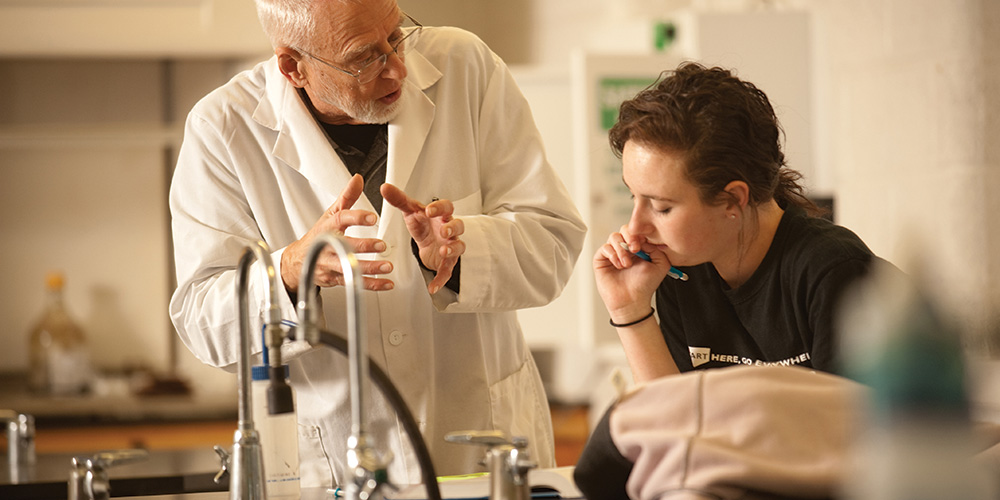 Carole King ’63 Jefferson spent 34 years working as an educator at Valley City (N.D.) State University. The scholarship was established by her family following her death in December 2011 as a way to honor her passion for education and to help students pursuing education meet their goals. Recipient priority will be given to students intending to major in education.

Barbara Reber spent a life committed to ministry. While her husband, Don ’49, was a student at Hesston College, Barbara worked for Hesston College Food Service. Barbara and Don spent 15 years in Japan with Mennonite Board of Missions. Barbara also held Bible classes in their home and founded Mennonite Association of Retired Persons, which became Service Opportunities for Older People. She passed away in January 2012.

The scholarship will be awarded to Pastoral Ministries students.

Kenneth Steider ’49 served Hesston College as librarian and part-time English instructor from 1955 to 1966, where he helped establish the Mary Miller Library. He then spent 27 years serving and teaching in Taiwan. Upon retiring in 1993 Kenneth returned to Hesston where he volunteered at the college, providing tutoring support and serving as a mentor and resource for international students.

The scholarship fund was set up by Steider’s family following his death in September 2011 and benefits international students, honoring the places and people he held dear.

Najib “Gene” Zaid ’71 left his home in Palestine’s West Bank for Hesston College where his interest in chemistry and physics was fueled in part by his chemistry instructor Jim Yoder ’62. This became Gene’s starting point for founding the multi-million dollar enterprise, JACAM Chemicals in Sterling, Kan.

The scholarship will be awarded to sophomore students who demonstrate an aptitude and passion for a career in chemistry or the sciences.

The scholarship was established by David and Karen Seehusen in appreciation for the excellent academic and spiritual enrichment their daughters Suzanne Seehusen ’91 and Karri (Seehusen) ’95 Larson received as Hesston College students. The scholarship will be awarded to students who exhibit Christian leadership potential.

The changing profile of race and ethnicity within Mennonite Church USA and the college’s ongoing work with inclusion and diversity was the inspiration for the Hesston College Inclusion Scholarship, established in the spring of 2013 by Annette (Steider) ’83 Brown, who is also a member of the Hesston College Board of Directors, and her husband, Greg.

The scholarship will benefit students from underrepresented groups within Mennonite Church USA.