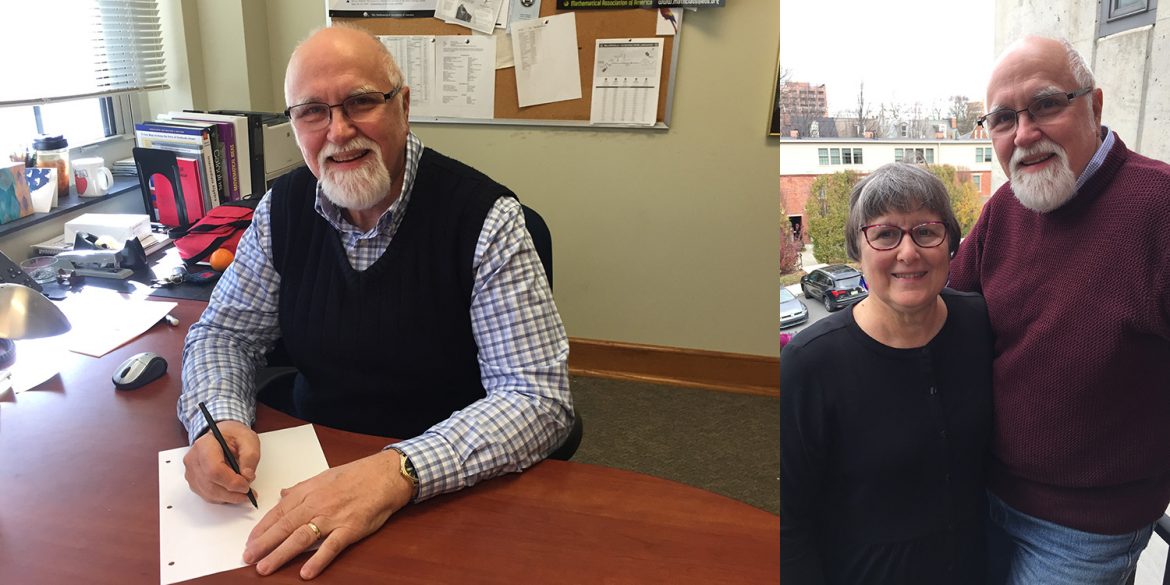 The Hesston Experience is not just a student experience, a fact to which Ron and Diane Umble (Lancaster, Pa.) can attest. Rather, their connection to the Hesston College community was through Ron’s role as a mathematics instructor from 1975-84.

Ron experienced so much support from administration, colleagues and the campus community that, following his approaching retirement in August 2020, he has chosen to donate back to Hesston College the balance in the retirement fund the college established for him and contributed to during his tenure – an amount totaling about $48,000.

As an added gift to Hesston College, the donation will be used to match funds given by new donors who join the Hesston College Partner Program at a level of $1,000 annually or more during the 2019-20 year.

“Hesston College gave me a tremendous opportunity to begin my teaching career in higher education,” said Umble. “Considering Hesston’s generous contributions to help me launch what would become a 44-year career in college and university teaching and research, it seems reasonable to recognize and honor their investment in this way.”

Umble came to Hesston one year after having completed his master’s degree. After four years at Hesston he was granted a two-year leave to pursue a Ph.D. in algebraic topology from the University of North Carolina (Chapel Hill). During that time, the college continued to pay a portion of his salary based on the years he had served to that point.

“That financial contribution was significant and a great help,” recalled Umble. “I had a university teaching fellowship with tuition waiver and a modest stipend, but we depended on the salary I continued to earn from Hesston to sustain us.”

After completing his Ph.D., Umble taught for three more years at Hesston before assuming a position in the Millersville (Pa.) University Department of Mathematics, where he has served for the last 36 years.

“My career has been so rewarding,” said Umble. “I’ve had opportunities to do research in my areas of interest. I’ve traveled extensively across the U.S. and Europe, lecturing, collaborating in research projects and participating in conferences. At Millersville, I created a geometry course for pre-professional secondary teachers preparing to teach geometry in the Common Core, and published a textbook designed for the course. None of this would have been possible without the generosity and support of Hesston College as I pursued my advanced degree.”

“As faithful stewards of the resources with which we’ve been blessed, we’re called to share those resources with others,” said Umble. “Our gift is one way to say ‘thank you for being there for us.’ Indeed, giving back is consistent with our commitment to higher education in general and the work and mission of Hesston College in particular.”