A legacy of friendship 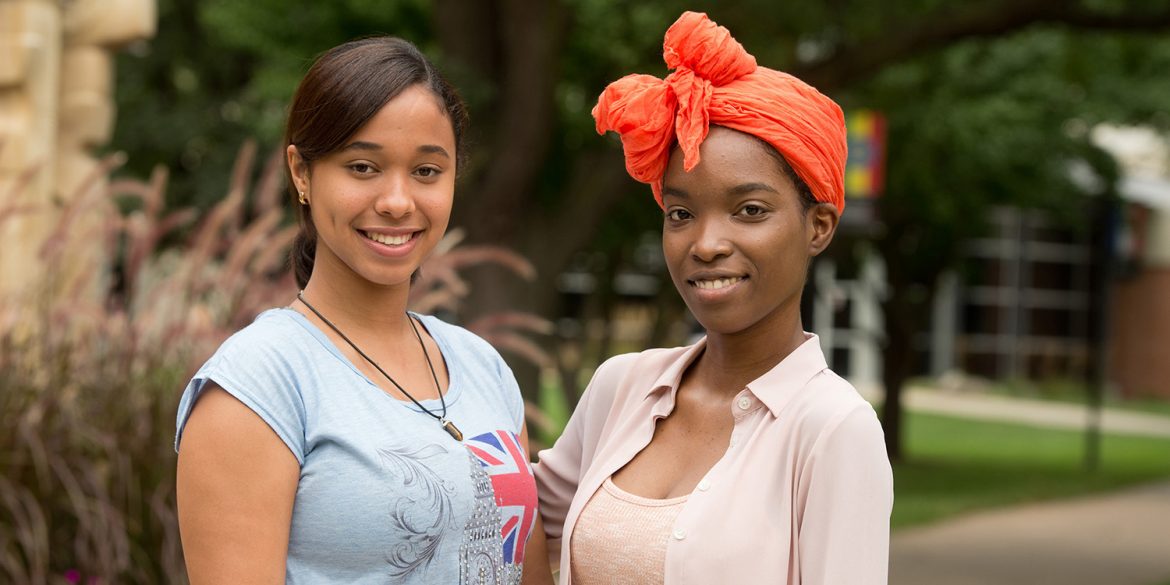 When first-year students Jo Anne Mulatre and Cristal Guzman showed up on the same Hesston College campus, the history between their countries could have created a divide and a relationship that would never be.

But that’s an attitude that would have a difficult time existing on the Hesston College campus.

Rather, Mulatre, from Haiti, and Guzman, from the Dominican Republic, chose not to consider the long, complex history between their countries, which share the island of Hispaniola in the Caribbean region. And because they were able to move past that history, they quickly discovered how many similarities they shared and formed a fast friendship.

“The history between our countries doesn’t have anything to do with us,” said Guzman.

Mulatre agreed. “It would be ridiculous for me to say I’m not going to be her friend because of where she’s from.”

The women met during international student orientation week prior to the start of the fall 2019 semester. Mulatre, who had started at Hesston a semester earlier, was serving as an intercultural mentor, helping new international students get acclimated to their new environment and experiences.

“I had the list of new international students and when I saw where Cristal was from, I was like, ‘She’s my neighbor!’” said Mulatre. “I was excited to see someone from close to home.”

As it turned out, the women were more than country neighbors; they were also living in the same mod in the dorms. And that’s not even where the similarities stopped. Both Mulatre and Guzman are studying in the pre-nursing program and taking many of the same classes, so they have become chemistry lab partners. They are also both children of Hesston College alumni who attended Hesston together.

Guzman’s mother, Margarita Neris ’91, and Mulatre’s father, Wildy Mulatre ’92, were students at Hesston through the Peace Scholarship Program sponsored by the Cooperative Association of States for Scholarships (CASS). The program’s purpose was for students from Central American and Caribbean countries to primarily study electronics, but also to learn English and communication, American life, politics, government, democracy and volunteerism.

Both Mulatre and Guzman grew up hearing stories from their parents about Hesston College, but never believing it would also be their reality.

“My entire life my mom was telling me stories about Hesston,” said Guzman. “She talked about friends she made who lived all over the world and about all the fun they had. She said she can relax knowing I am here, knowing I am safe and supported.”

“I never imagined I would be here,” said Mulatre. “It was like a dream that would never come true. But my dad loves so much that I am here now, and that we have this shared experience in a place that means so much to us.”

Given all of the other adjustments that international students make to study in a different country, the women are appreciative of a friendship that felt familiar from the outset.

“The way she does things is not that foreign to me,” said Guzman. “I don’t have to worry that I will offend her or have to explain myself. I can just be myself with her, and I love that.”