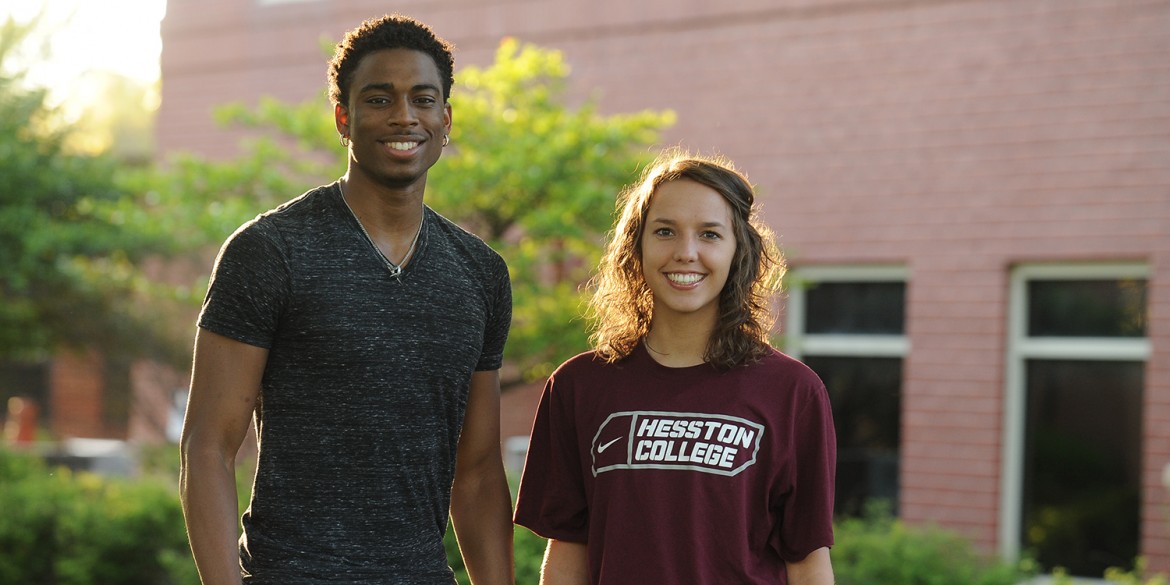 Mann, Plano, Texas, was one of the sophomore leaders to charge the way to a Region VI title and a berth to the NJCAA Division II National Tournament for the first time in 25 years. The two-year captain for the men’s basketball team now sits on the top-ten list of career steals in Hesston College history. To add to all of the team’s success in 2014-15, Mann received an honorable mention all-region award.

“At Hesston, I learned the importance of solid relationships within the team and how that can translate to success on the court,” said Mann. “Being named Athlete of the Year shows that who I’m striving to be is worth it.”

“I believe that Malcolm is a model recipient for the Athlete of the Year honor,” said men’s basketball coach Dustin Galyon ’04. “He is an incredible athlete and leader. His athletic accomplishments are historic, but small in measure to his impact and involvement on our campus and student body.”

Rimann, Liberty Hill, Texas, was a defensive phenomenon for the volleyball team, shattering numerous Hesston College records. She now sits first in the record book in three record categories for the volleyball team, including the single season record for digs (550), single season record for digs per game (5.24) and career record for digs (899). Along with these records, Rimann received a spot on the all-tournament team at the Vernon (Texas) Community College tournament in August 2014.

“This year was all about redemption for our team,” said Rimann. “We had a good season with good teammates. It was satisfying and refreshing. Postseason participation was another highlight to the year. It represented a complete turnaround from last season.”

“Sam is well deserving of Hesston College female Athlete of the Year,” said volleyball coach Jessica Cleveland ’06. “She was a major factor in our success this year. We changed our defense to give her more area of the court defensively, and she stepped up to the challenge and excelled at it. She was consistent all year and was the foundation of our team. It was fun watching her grow as a student-athlete at Hesston College.”