Celebrating 45 years of the Partner Program 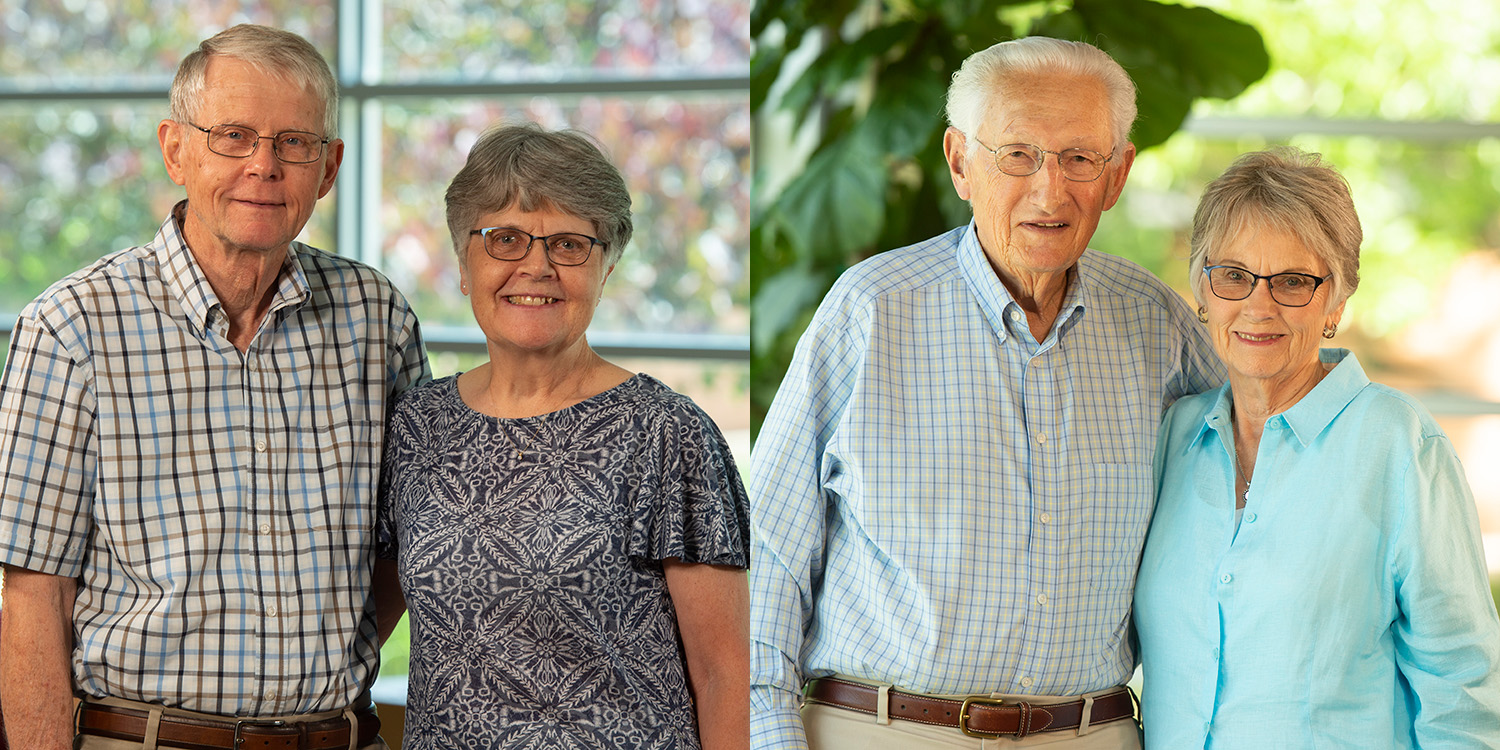 In 1976, under the leadership of President Laban Peachey, 36 families made a commitment that would shape Hesston College for many years to come. The idea was simple: sustain the college for the future. Some 45 years later, many of these charter families are still part of the Partner Program.

Gerry Ac63, ’65 and Jean Selzer were settling into Hesston with their young son when they were approached with an idea. Sitting together with Peachey in their living room, Gerry recalled, “He made the comment that when you invest in students your gift is multiplied, because they then in turn, go out and serve the needs of the world.”

The Selzers believed in Hesston College and the transformative student experience offered, so much that investing their limited resources at the time was an easy decision. “As I recall, it depleted most of our savings that we had at the time. We’ve never missed it,” Gerry said.

Howard Ac58, ’61 and Sharon (King)Ac57, ’59 Brenneman began giving back to Hesston College some years before the Partner Program started. Howard served on the Hesston College board when the idea was hatched by him, Lyle Yost and other board members and staff.

Sharon believed in the power of committing to the college. “It gave the college a sum of money that they knew would be coming in,” she said. This committed funding has provided the sustainability they had hoped for. Today, the Partner Program accounts for 15% of the college’s annual budget.

The initial goal was modest and aimed to grow the number of families committed. “As I remember, we talked about 250 at that time,” Howard said. That goal has been surpassed, with more than 720 families participating in the Partner program as of today.

For the Brennemans, after 45 years the program continues to match their goals. “Number one, we believe in Christian education. Number two, we believe in supporting the local community. Number three, it just seems natural that we would continue to honor what we received here,” Howard said. “And we not only received an education, but we have received a good foundation in what life’s all about, including giving back and being good stewards of our money.”

The Partner Program gives supporters the opportunity to invest in what is important to them. Every dollar invested is vital to sustainably offering students competitive scholarships and a unique experience grounded in a Christ-centered community. Partners commit to support the college on an annual basis at $1,000 or more.

As more alumni and friends join the cause, the Partner Program will continue to move Hesston College forward for years to come. Partner giving has shaped the lives of students and the communities they live in around the world. Hesston College is blessed to have such an incredible family of supporters.

Our Charter Partners will be recognized during Homecoming at the Partner Lunch on September 24, 2022.