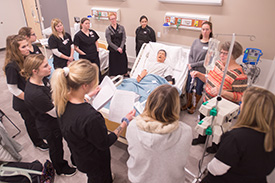 With no improvements needed, the program can focus on the future. According to Gregg Schroeder, director of nursing education, “The American Association of Colleges of Nursing has developed new Essentials for nursing programs so we will begin integrating these new competency standards into our curriculum plan.” 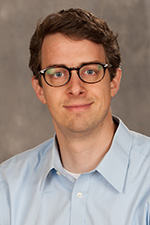 André Swartley, professor of English and ESL was given a promotion in January 2022 to Director of Intercultural Programs. This position was created as part of the overall Diversity, Equity, Inclusion initiatives on campus.

Hesston College has a long history of celebrating our international students and the multiculturalism they bring to campus. This role was developed to help organize the intercultural programs, as well as expand intercultural academic partnerships in the U.S. and abroad.

“One of my hopes for this role and for Hesston College in general is not simply to be more diverse, but to develop a campus-wide culture of active curiosity about cultures different from our own, regardless of where we come from,” Swartley said.

Johann Reimer is Rookie of the Year

Johann Reimer, director of engineering education, was granted the Rookie of the Year Award. This award is granted to a new faculty member who shows promise as an exceptional educator by meeting the needs of the students. Reimer is directing the new School of Engineering.

Marelby Mosquera Jensen, professor of biology and chemistry, was granted the Award for Teaching Excellence this year. This award is an opportunity to publicly recognize educators that inspire us with their incredible talent, passion and commitment.