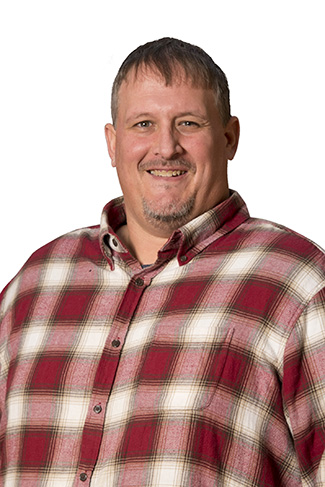 The making of a sports fan

From the mid-80s on, my dad and I seemed to go to all of the Hesston College basketball, baseball and soccer games. Growing up in Hesston, and right across the street from the campus, made that an easy thing to do.

Both of my grandmothers and my parents (Sid ’70 (dec.) and Kathy (Erb) ’71 Whitcher) went to Hesston College, and, coming out of high school, it seemed like a natural fit for me as well. Originally I was a pre-engineering major, but my sophomore year was also the start of the Hesston College Horizon newspaper and I discovered I could write a little. I switched to a communications major and attended Hutchinson (Kan.) Community College before earning my bachelor’s degree in communications with an emphasis on print journalism from Wichita (Kan.) State University.

Now I am a sportswriter and sports broadcaster for local media outlets, including The Hesston Record newspaper and several radio stations out of the Hutchinson area.

The voice of Lark Athletics

After getting my start in radio with play-by-play, I was approached by then athletic director Art Mullet and the late Phil Richard to help with the live audio streaming of Hesston College basketball in the latter half of 2004. I jumped at the chance to stay involved with Lark Athletics after spending my Hesston College years creatively heckling opposition from center court. Immediately we saw the impact of our broadcasts as people reached out via text messaging (and eventually social media) as they tuned into the game. I continue to do the online broadcasts of men’s and women’s basketball, softball and baseball games. I have the best seat in the house while being able to continue to fulfill a passion I have for sports.

I truly enjoy all of Hesston College’s sports, but if I had to pick my favorite to broadcast, basketball gets the nod. I’ve been a self-proclaimed hoops junkie since I can remember, even though I can’t run, jump or shoot and my basketball career peaked in eighth grade.

I have seen countless great Lark athletic moments, including memorable performances by so many athletes over the years. But two stand out – seeing the Lark men’s basketball team win games to make the NJCAA national tournament. The first time, the Larks had to defeat Eastfield Community College to make the journey, and did on the hallowed hardwoods of Yost Center in 1990. Lynn Miller ’90 made two free throws with a few seconds left to punch the Larks’ ticket to Michigan. The second was in 2015 when the Larks defeated Kansas City Kansas Community College at Wichita State’s Koch Arena to head to nationals, in a game which I was fortunate enough to be calling the play-by-play.

The future of Lark Athletics

As we look toward the future of athletics, my hope is Hesston College can continue to be a place where athletes and students from all backgrounds can come together to compete at the highest levels while growing emotionally, physically and spiritually. In the two years they spend at Hesston, it’s amazing to see how much change student-athletes have, both on and off the playing surfaces, as they make the transition into young adulthood. I also hope Sieber Field, Oswald Field and Yost Center can become creatively raucous places that give our teams an incredible home field advantage. Hesston College is a one-of-a-kind special place not just for athletes but for fans as well.