A commitment to care 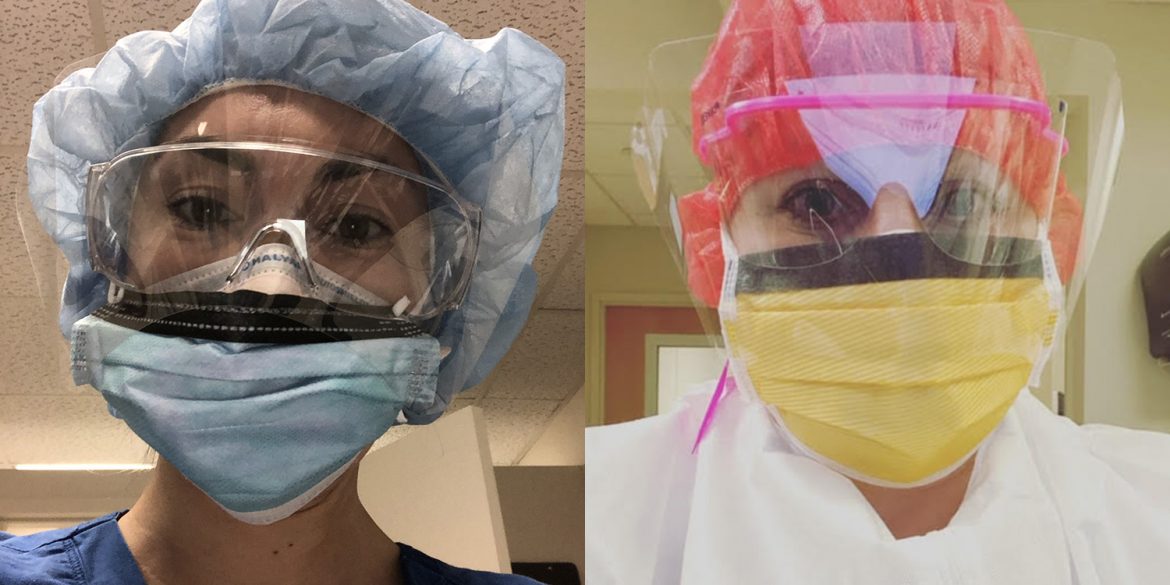 The Hesston College Nursing motto – “A tradition of service, a commitment to care” – is more than just a feel-good statement proclaimed on the wall in Bonnie Sowers Nursing Center. It’s the philosophy that drives the education of aspiring nurses and is infused into the holistic, person-centered care Hesston Nursing graduates take with them.

As the coronavirus pandemic began to tighten its grip on the U.S., calls went out from some of the hotspot areas like New York City. Hospitals were overwhelmed with infected patients who needed extreme treatment intervention, and hospital staff couldn’t keep up with the demand. They needed health care workers from less affected areas of the country to come help.

Both Long and Smallwood found themselves in the thick of the pandemic in New York City, anxious at what they would encounter, but excited to serve where they were needed.

“I felt the call and need to be there,” said Smallwood, who lives in North Carolina. “I wanted to do something that could make a difference, and I was optimistic that I would be able to bring some kind of skill or help. I was nervous about what I would see and of being overwhelmed, but at the same time, that was why I decided to go.”

Smallwood was assigned to New York Presbyterian Hospital in Queens, which was one of the hardest hit hospitals in the city. Her 10-week assignment had her floating to all COVID units in the hospital. On the day she arrived in New York in mid-April, the city was just beginning its decline from its peak of COVID-19 deaths, but daily deaths were still in excess of 500, according to the New York City Health Department.

“Hospitals weren’t just full, they were overfull,” Smallwood said. “At my hospital, they had turned the cafeteria into a COVID unit, and almost 100 percent of patients in the hospital were COVID patients. I was taking care of 10 or 11 patients on each shift – many of them on ventilators. It felt like what I imagine war-time nursing was like. We were legitimately triaging patients and having to make decisions on where to turn our attention.”

For Long, who lives in Oklahoma, the experience of being equally overwhelmed and called was similar. She works as a travel nurse as her husband is in the military. While he is deployed, she takes nursing assignments in her home state of Oregon. She had just finished an assignment when she felt called to go where the need was.

She joined a FEMA relief team that was deploying nurses to the city for an assignment of 21 straight days of 12-hour shifts at a large hospital in the Bronx. When she arrived in New York in early April, the city was on the upward trajectory of the bell curve for COVID-19 deaths, and would hit its highest peak just a couple of days later.

“I didn’t know what to expect, but I knew it would be like nothing I have ever encountered in my life as a nurse,” said Long. “But I wasn’t scared. God called me to do this and it’s why I became a nurse – to make a difference and to serve.”

Over her 21-day assignment, Long was floated to different units based on need.

“It was chaos everywhere; definitely a crisis,” Long said. “There was a constant overflow of patients.”

Long said upon arrival in New York nurses received a briefing to begin preparation. “They said, ‘Think of the worst day you’ve ever had as nurse,’” she said. “Then they said, ‘Now times that by 10 and do it for 21 days. That’s what this is going to be like.’ Now having lived it, I can say that statement was 100 percent true.”

Fortunately, over the course of her assignment, cases and deaths were on the decline.

“Over the final days of my assignments, things got better every day,” Long said. “We were seeing a decline in new cases and were witnessing more and more survivors. There was a light at the end of the tunnel.”

Even for all of the moments of being overwhelmed and overworked, Long was grateful for the experience that helped her grow professionally and personally.

“I know I wouldn’t have been able to do it without the strength of God,” Long said. “I have never done anything that far out of my comfort zone, but for me it was a huge step in my faith, and it changed my life.”