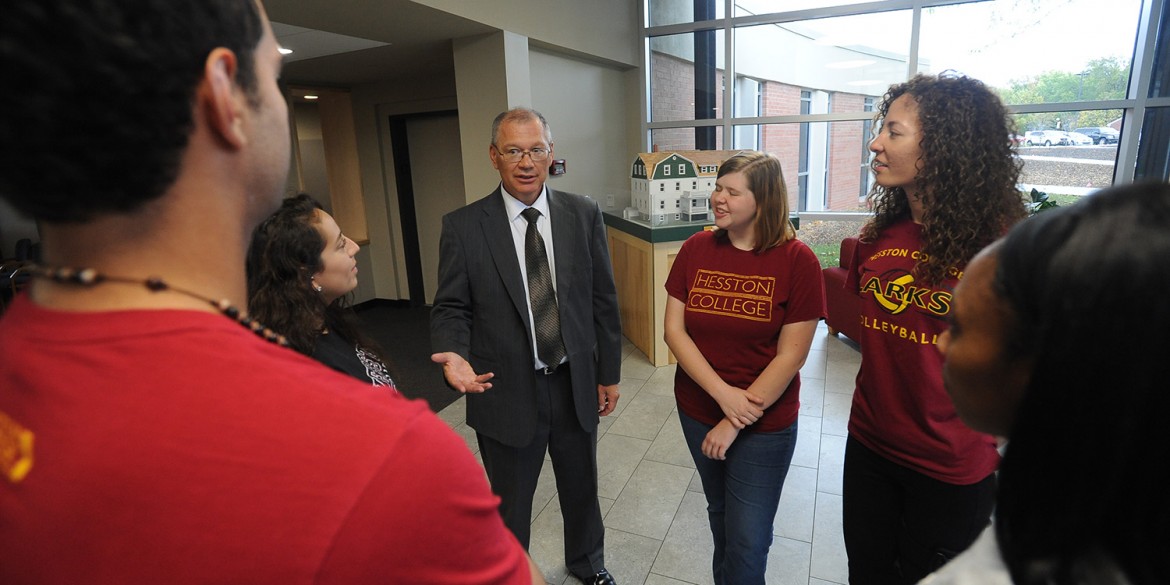 President Howard Keim ’72 announced to the college community Oct. 22, that he will conclude more than 11 years of leadership as the college’s eighth president on June 30, 2016.

“It has been my honor to serve in this role,” said Keim. “This decision is the result of several years of discernment and my desire to leave at a time that is optimal for the entry of a new president. I am confident in the administrative team, the board and all of the employees, and I believe Hesston has a bright future.”

During Keim’s tenure, the college has made great strides in areas that affect the student experience. In a September meeting, the Board of Directors approved a new set of strategic priorities for the campus community to continue making improvements as it moves into the future.

In the academic realm, important changes to general education curriculum and course transferability, as well as the addition of several high-demand programs of study and extracurricular activities help meet student needs and workforce demands.

Under Keim’s careful and visionary leadership, the campus has undergone several transformations, and he helped the college recover from budget deficits, gain financial stability and increase the endowment.

The college has also seen an increase in student diversity, emphasized by a formal Inclusion and Diversity Council charged with evaluating inclusionary practices for students from all backgrounds. Physical campus changes include the addition of a new campus entry, one new building and renovations to four others.

Starting with the 2015-16 year, Keim implemented a reorganized Student Development department which includes Residence and Campus Life, Campus Ministries, Student Success and Athletics. Student retention has increased over the last several years and the new structure is a response to maintain and further increase those efforts.

“Howard has served the college well,” said Kelvin Friesen ’73, Board of Directors chair. “He has given tirelessly of himself to advance this institution. It is evident that he has viewed his role here as a steward, and that he has seen his work not as a job, but as a mission. He has served with distinction and the board is deeply appreciative of his work.”

A search for the college’s next president will begin as a search committee is finalized. Ken Kabira ’81, Board of Directors member, will chair the search committee. Other members will include board members Marie (Schuessler) ’79 Morris and Luke Roth-Mullet ’99, members of the Mennonite Education Agency Board, faculty, staff and representatives from the wider Mennonite church and local community.