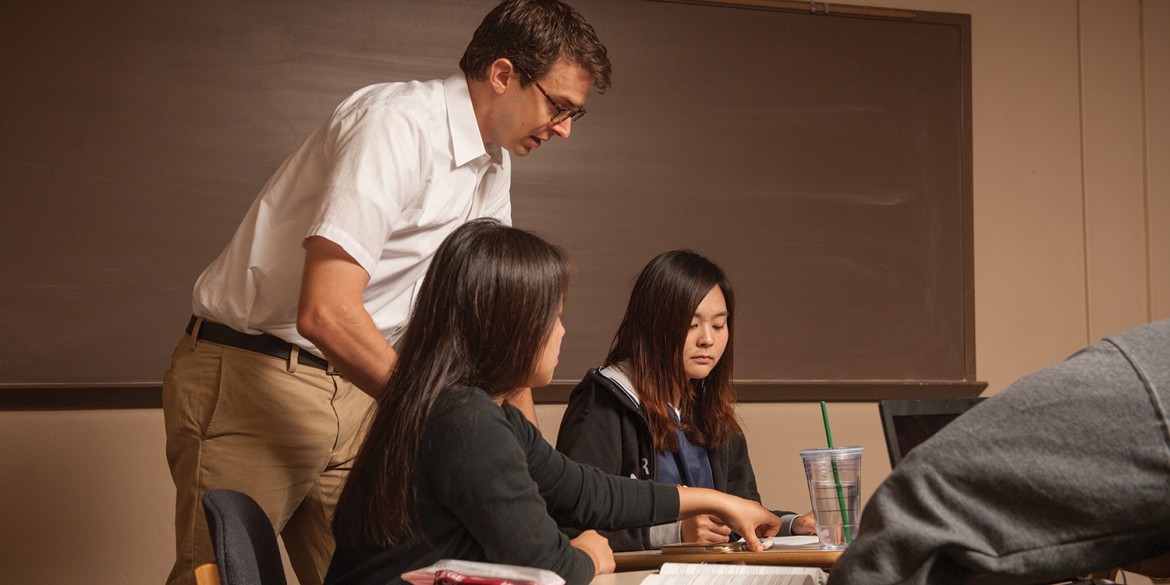 The scholarship was established by nursing faculty member Joyce Huber, who has served Hesston College for more than 40 years, with funds from the estate of her parents, B. Landis and Anna W. Huber, in honor of their interest in and support of the Hesston College Nursing program. It will be awarded to students pursuing either an associate or bachelor’s degree in nursing upon entering the third semester of nursing course work. Recipients of the scholarship must reflect the program’s mission of a tradition of service and a commitment to care.

Larry Ac56 and Donna (Bontrager) Ac56, ’58 Martin’s relationship with Hesston College spans 60 years and counting. After meeting and marrying at Hesston College, the Martins returned to Larry’s home state of North Dakota, but Hesston remained an important part of their lives. Their sons, Kendall ’81 and Kirby ’85, both graduated from Hesston, and Larry served as a member of the Alumni Advisory Council and as a member of the Board of Overseers from 1984-92. In 1999, Larry started working for the college as a development officer and served in that role until his retirement in 2013. He was diagnosed with glioblastoma – an aggressive brain cancer – in June 2015, and passed away Aug. 15.

Larry was at home working in Development as he loved meeting people and hearing their stories. He was also passionate about the work and mission of Hesston College, and his support extended across campus, including frequenting Lark athletic events.

The scholarship was established with funds from the third annual Student Scholarship Golf Benefit on Sept. 24, as well as donations from friends and family.

Dave Ac64, ’66 and Sena (Miller) ’68 have given many years of selfless service to Hesston College and have been important supporters and mentors to international students. Dave has served for more than 35 years as International Admissions Counselor and advisor and English as a Second Language and writing instructor. Sena retired in 2014 after 29 years of service in Food Service and as post office manager.

Long envisioned by the math and science faculty, the scholarship fund was realized when a significant initiating amount was donated by the estate of the father of Environmental Biology faculty member Lorna Harder, who retired in 2014 after 25 years of service to the college. Contributions from math and science faculty members and other donors have also supported the fund. Continuing contributions are welcome.

The scholarship will be awarded through a competitive application process to students who demonstrate high academic achievement and a passion for a major in science, math or computer science.