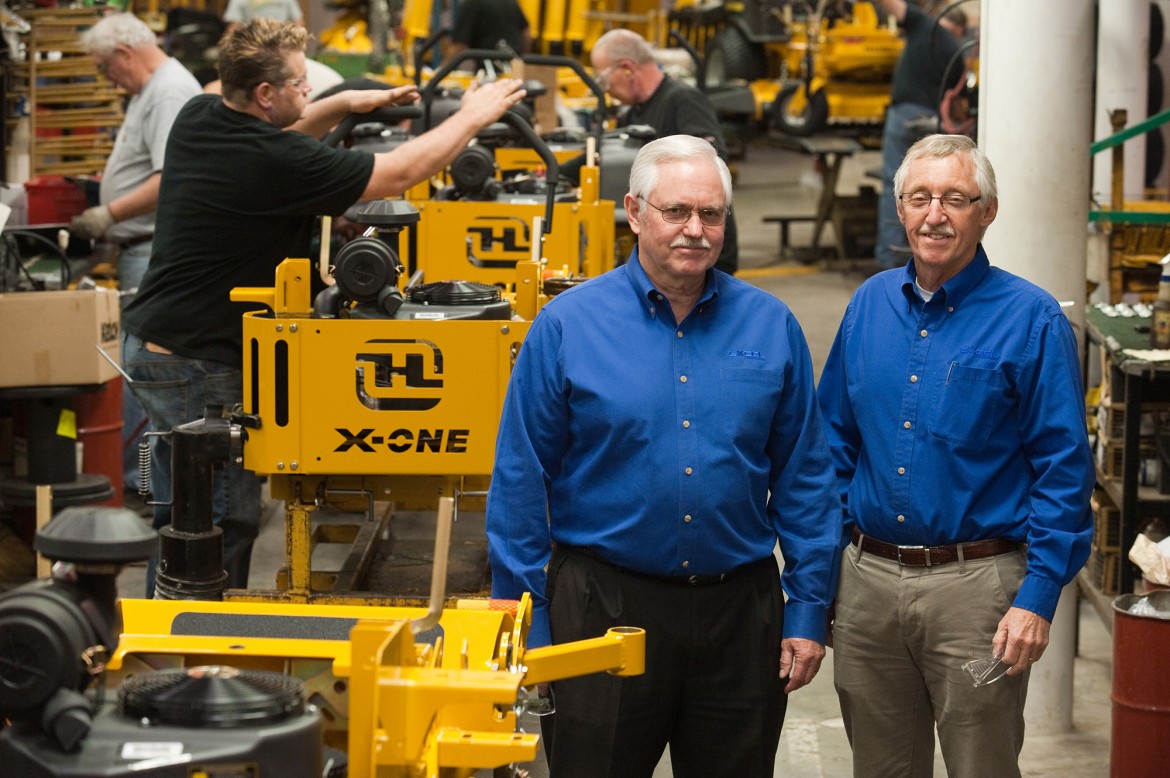 Brothers Bob Ac63, ’65 and Paul ’70 Mullet remember well the station wagon that brought their family to Hesston in 1958. Their parents, Roy and Bess Mullet, were moving the family from a farm in Montana to Kansas so their five sons wouldn’t have to commute 25 miles to attend high school in the dead cold of an eastern Montana winter.

At the time, the Mullet family attended Red Top Mennonite Church in Bloomfield, Mont., where Bob estimates about 10 percent of the church’s members were attending Hesston Academy or Hesston College. So Roy ’61 figured he and Bess could solve the problem of the kids commuting to school by buying a place in Hesston where the sons could be close to family and educational opportunities.

Little did they, or their new neighbors, know the impact the Mullet family would have on their new community. It’s been a half century since the Mullets made that move, and with Roy’s death on Jan. 14 of this year, many at the college and in the community are reflecting on the legacy he has left.

The family’s most significant influence has come by way of Excel Industries, a manufacturer of industrial and residential lawnmowers located in Hesston. In addition to being one of the largest employers in Harvey County, Excel has established a charitable giving philosophy that allows the company to give roughly 10 percent of its profits each year to philanthropic efforts – most of which are focused in the local community.

Excel made the lead gift of $500,000 for the Erb Hall Renovation Project, and it’s a gift that reflects the long-standing relationship between the Mullet family, Hesston College and Excel Industries. The connection goes beyond all five of Roy and Bess’s sons attending either the academy or the college. The college played a role in getting Roy connected with the company back in 1960.

After working at the local turkey plant and Hesston Corporation, among other places, Roy decided to enroll in classes at Hesston College. One of his instructors, Dr. Cal Redekop, was working with a local group of men who were establishing what would become Excel. Cal was impressed by Roy, and the two became more like friends than professor and student, Bob says.

“We still run the company with the same philosophy Dad and Cal established in the beginning,” said Bob, now vice president at Excel.. Even though we’re not totally family owned, we strive to be a family oriented company that has maintained a philosophy of giving and a connection to Hesston College.”

With the start of the campaign to raise funds for the renovation of Erb Hall, President Howard Keim and Vice President of Advancement Yvonne Sieber contacted Excel about making a gift.

“The timing was right,” said Paul, President and CEO at Excel. “We had a buildup of funds that we wanted to give and use for something that really needed to get done.”

Though none of the Mullets lived in Erb Hall (it wasn’t the norm for “townies,” or local kids to live on campus back then), Bob and Paul each have positive memories connected with Erb. Plus, a show-and-tell featuring crumbling, rusty pipes with Hesston’s Campus Facilities Director Jim Mason convinced them of the project’s importance.

“The need really struck a chord with me,” Bob says. “This is more my personal philosophy, but Hesston College has a unique product in the opportunities it provides for first-year students to be involved in a plethora of activities, and our father always had a philosophy of wanting to support the college. Excel’s gift to this project allowed us to continue his legacy.”