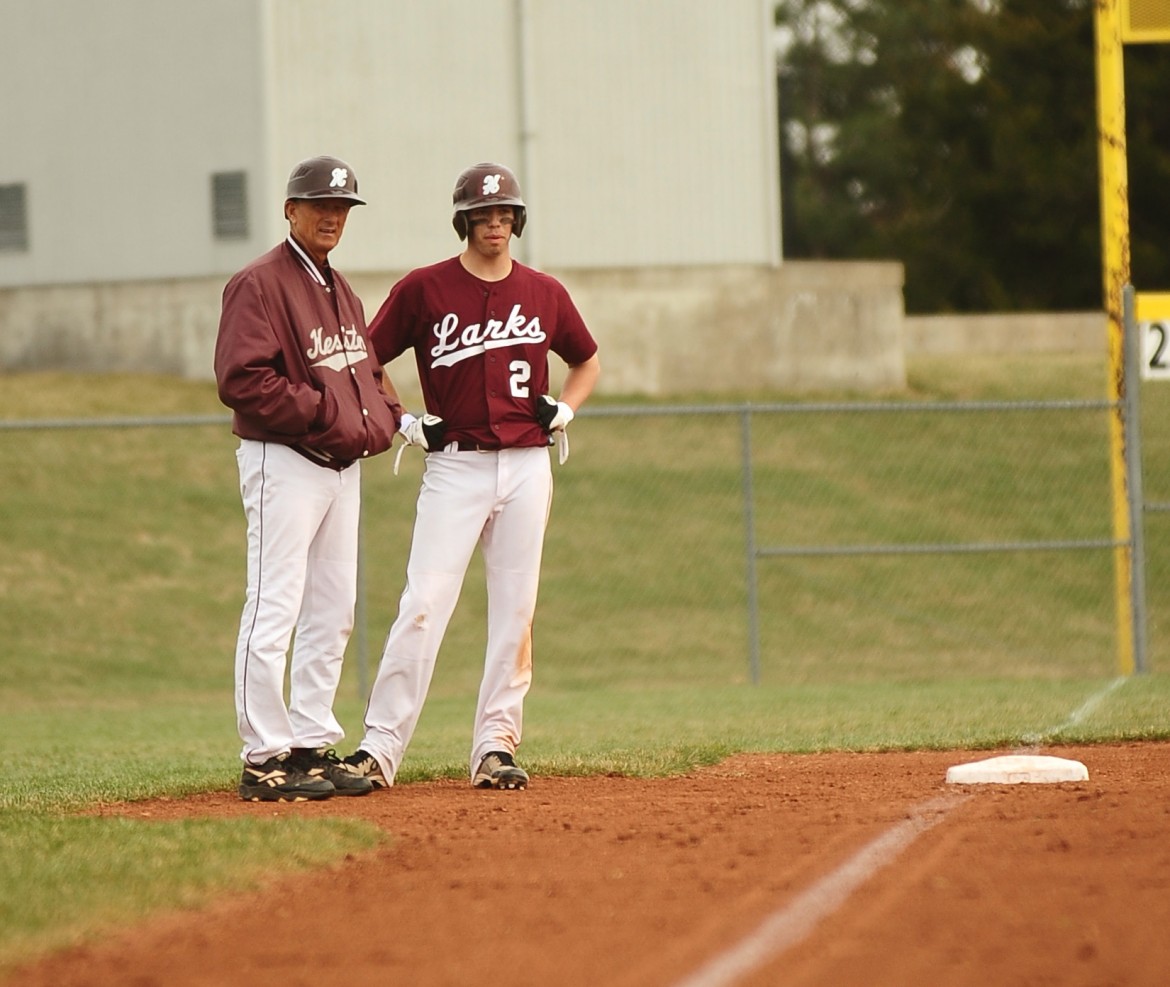 The end of the academic year will have Hesston College saying goodbye to more than just the departing graduates. Longtime athletic director and baseball coach Art Mullet will retire at the end of the year, his 30th on the Hesston campus. During his time at Hesston, Mullet witnessed athletic facilities expansions and improvements, dedicated countless hours to the baseball field, a program and its players, and developed lasting relationships with numerous coaches, players, parents, faculty and staff.

Upon arrival at Hesston in 1980, Mullet took office in Hess Hall. Yost Center, current home of Larks basketball and volleyball, opened two years later. From his new office, Mullet witnessed several athletic facility upgrades that he lists as the most significant changes to the athletic department during his tenure. The Campus Activities Center was completed in 1991, and on-campus tennis courts, baseball and soccer fields were also significant additions. The number of athletic programs has grown, from five in 1980 to 11 today.

The growth of the athletic department and his baseball program has been gratifying for Mullet. Improvements and upkeep of facilities speak to his care and precision, and it is in the care of the baseball facility itself that one can see his passion for his players and the game intersect.

“As a player, I recall how much I enjoyed playing on a great diamond, and I’ve always wanted my players to have that same privilege,” Mullet said. “To maintain a facility at a high level requires a huge amount of time and effort, but the rewards have been well worth it.”

Undoubtedly the most gratifying aspects of his job, however, have been found in the shared experience of the more than 300 players he coached.

“Coaching kids who genuinely enjoy the game, who work hard and care about their teammates has been an extremely gratifying part of my time here,” Mullet said. “To see players enjoy the game and experience a certain degree of success has been rewarding for me.”

Mullet’s love of the game and his players has rubbed off on countless numbers of his young men who laced up their spikes for the Larks. For many, Mullet served as a mentor and friend as much as a coach.

“To say that playing for Art changed my life would be an incredible understatement,” said Dave Gora ’99, Charleston W.Va. “I knew from the moment I met him that he was a special man. Art was a friend, coach, mentor and a father to me during my time at Hesston. There is no doubt in my mind that God led me to Hesston so that Art could change my life.”

Beginning with a Feb. 15 season opener, Mullet will lead the Larks through a spring schedule for the last time. Along with managing games and practice preparation, Mullet will continue to mentor his players on a daily basis and care for the field he loves.