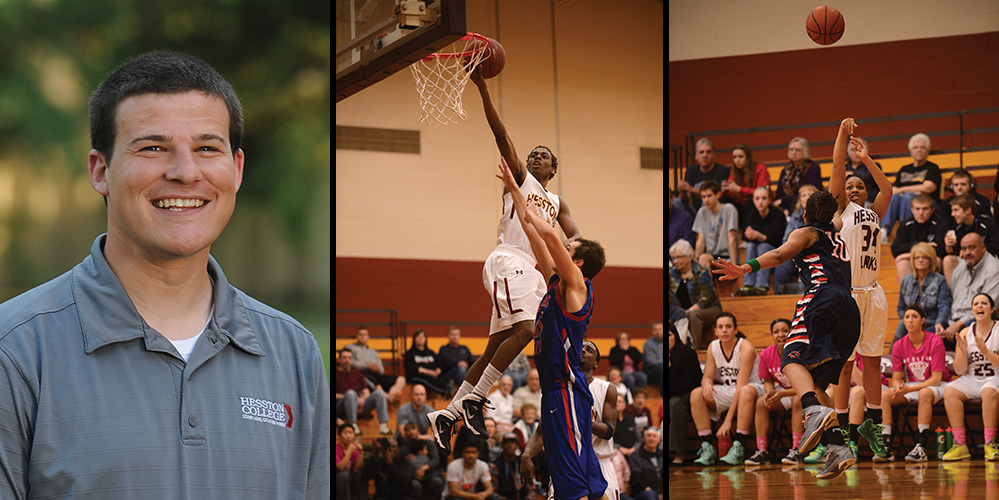 The men’s soccer program gained a new head coach following the 2013 season. Michael Armstrong ’05, a former Larks soccer player, succeeds Kurt Hostetler ’93, who led the team for seven years. Armstrong served as an assistant coach for the Larks during the 2013 season and as an admissions counselor for the college since July 2012. He will continue in his admissions role. Prior to working at Hesston, Armstrong was head boys’ soccer coach at Huntingdon (Pa.) Area High School where he had been an assistant for five years prior to taking the head coaching position. Michael and his wife Becky (Friesen) ’05 Armstrong have four children: Landen (7), Bailey (4), Allycia (2) and Jase (3 months).

The Larks men’s basketball team returned from winter break to a much brighter second half following a rough start to the season during the fall semester. The men quickly tripled their win record by winning four of the first six games of the semester, including a double overtime buzzer beater win over a tough Fort Scott (Kan.) CC team. They also recorded an impressive win against Region VI rival Brown Mackie College (Salina, Kan.). They ended the season with a 10-20 record overall and 5-5 in Region VI.

The women’s basketball team pulled together a balanced season with several players stepping up to lead the team from game to game. The women enjoyed second semester wins over NJCAA Region VI competitors Brown Mackie College (Salina, Kan.) and Fort Scott (Kan.) CC. They advanced to post-season play, defeating Brown Mackie by one in the first round and losing to Johnson County CC in the second round, ending the season with a 14-18 record.