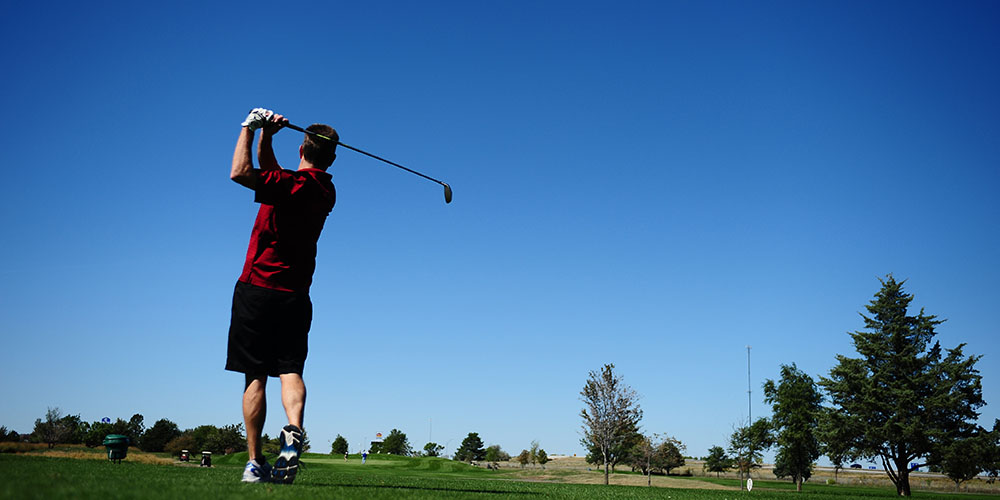 One seemingly typical June evening of golf turned into something extraordinary for Greg Bontrager ’86 (Newton, Kan.), when he scored a once-in-a-lifetime opportunity.

Bontrager and his men’s league partner were golfing against Justin Presnall and his partner at the Hesston Golf Park. Bontrager and Presnall were neck and neck as they approached hole 17. Presnall stepped up to take his shot first and, to much excitement, sunk a hole-in-one. A hole-in-one is a rare enough occurrence, but as Bontrager took his shot, his ball seemed to take a very similar path to his competition’s.

As the men approached the green they didn’t see either of the balls waiting for them – until they checked the cup, finding both balls. 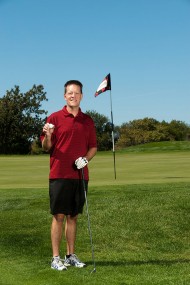 Back-to-back hole-in-ones. What are the odds?

“Actually, according to the reporter from the Hutchinson (Kan.) News who did quite a bit of research, it’s 144 million to one,” said Bontrager.

Bontrager, who was involved with Bel Canto Singers and intramural sports while at Hesston College, has been playing golf for as long as he can remember, but had never made a hole-in-one. Neither had Presnall.

“I’ve always thought, as most golfers do, that hitting a hole-in-one would be the coolest thing in the world,” he said. “It was exciting, but to be a part of something like this is even better. We celebrated and made a lot of noise.”

Bontrager says the story really took off when the Wichita Eagle’s story hit the Internet. Since then, he has become something of a local celebrity and done interviews with Fox Sports Radio Network out of Los Angeles and with stations out of Iowa and Seattle, Wash. His favorite was an interview filmed for ESPN at Kansas State (Manhattan) and turned into an eight-minute segment for the “First Take” program.

Bontrager continues to golf casually when he’s not directing choir at Buhler (Kan.) High School or spending time with his wife, Melody, daughter, Marissa, and sons Shawn and Seth.