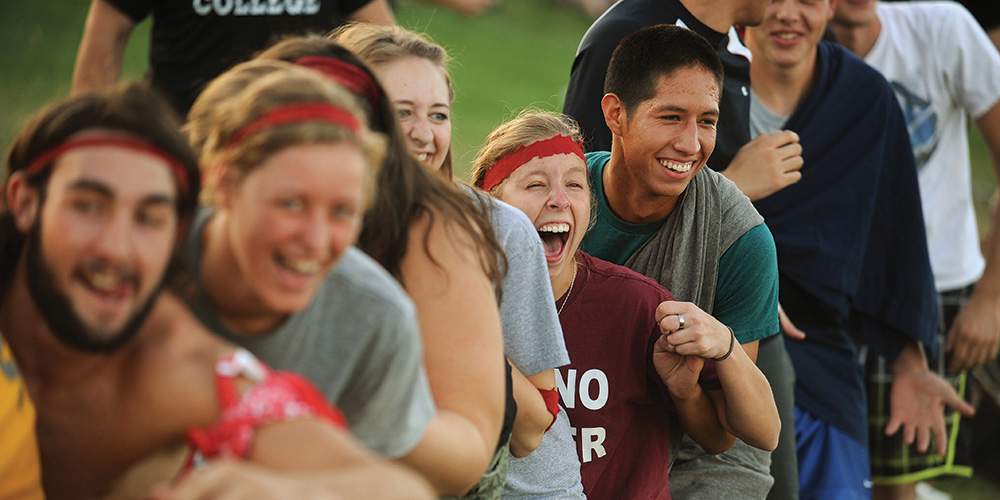 Hesston College President Dr. Howard Keim ’72 was reappointed for a third term by the Hesston College Board of Overseers and Mennonite Education Agency after a review process by the Presidential Review Committee, which began fall 2011. Keim officially began serving Jan. 1, 2005, and the next four-year term will begin Jan. 1, 2013. “I will do my best to be a good steward of the trust placed in me in the coming years,” said Keim.

Karl Brubaker was appointed interim Vice President of Finance and Auxiliary Services beginning Sept. 29, upon the resignation of Don Weaver ’83. Don served in his role for more than six years, and is leaving for a new job opportunity. Under his leadership, the college improved its financial position, completed important building projects and underwent a technology transformation. “Don’s contributions at Hesston College have been many, and he will be greatly missed,” said President Keim. Karl, who also serves as Business Office Manager, has filled the interim role previously, and will serve as interim until the position is filled.

For the fifth straight year, Hesston College met the $1.24 million Annual Fund goal for student scholarships with the close of the 2011-12 fiscal year in June, and exceeded the goal by $10,000. The Development staff also completed fundraising for the Erb Hall dormitory renovations. “We are grateful to our Partners, alumni and friends for this very positive outcome,” said Yvonne Sieber, vice president of Advancement.


Official fall 2012 numbers show a total student enrollment of 447, including 225 first-year students. International student numbers increased to 46 from 30. About 327 students live in the dorms. Hesston students represent 29 states and 15 countries.