Grateful for the journey 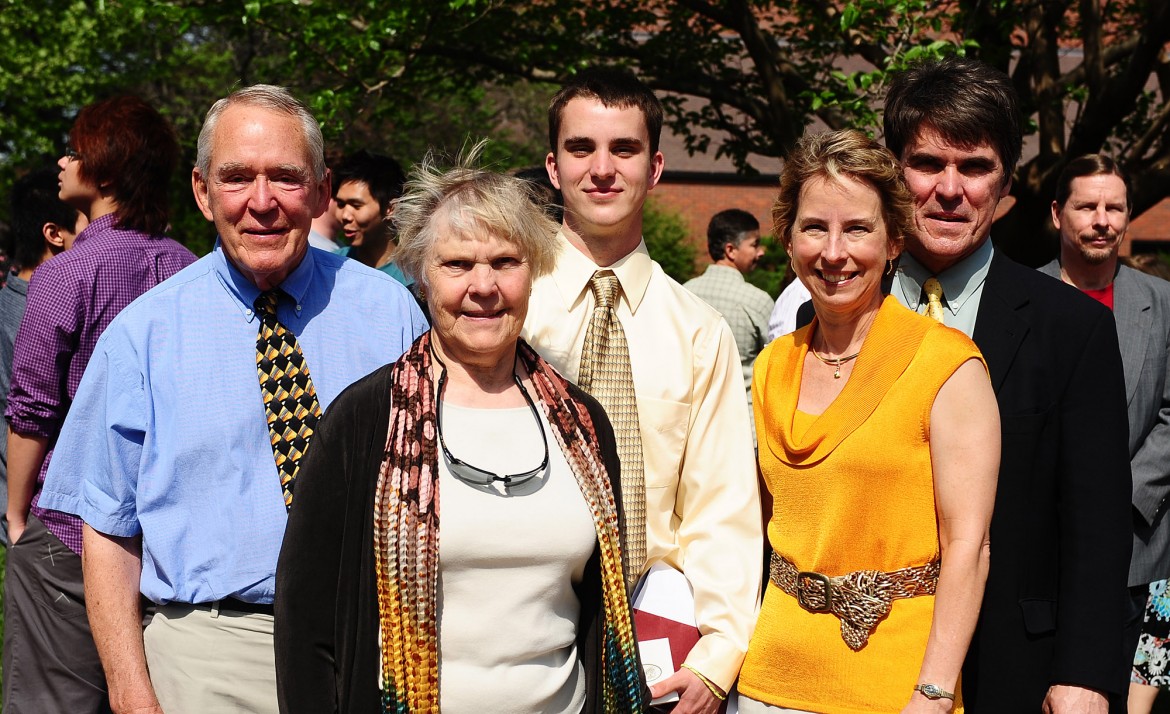 Hesston is less than two hours from Mark Rombold’s ’11 hometown of Junction City, Kan., but it took a phone call from California for Mark to first hear about Hesston College.

Mark’s grandparents, Peter and Shirley Rombold, live just around the corner from Darrell ’80 and DeeAnn (Short) ’80 Schmucker, in Sacramento, Calif. The Rombolds mentioned they had a grandson in Kansas who was looking for a small college, and the Schmuckers were more than happy to tell them about Hesston where they, their son Eric ’06, daughter-in-law Kim (Troyer) ’06 and daughter Kaitlin ’09 had all attended.

“My grandparents knew I wanted to go to a small college because it would be easier for me to connect with people,” said Mark, whose health sometimes made it difficult to find a social niche. “We had been searching Kansas colleges, and I was beginning to think we would never find the right one, but then my grandma called to tell us about Hesston.”

On a Friday afternoon in November 2008, as Mark and his mother, Marty, passed Hesston on their way home from visiting colleges in Wichita, they decided to stop by campus and see what they could find out. Dropping into Admissions turned into an impromptu campus tour.

“Almost immediately I could tell a difference from other places I had visited,” said Mark. “I remember my mom making the comment that the people here are so friendly.”

A couple of weeks later, they returned for an official visit. It was on that visit that Mark was sure Hesston was where he wanted to be.

Mark’s adjustment to college life in August 2009 wasn’t instantaneous, but he was quickly embraced by his peers and professors.

“All of a sudden I discovered a community,” said Mark. “It was the glue that made me stick to Hesston.”

As Mark enjoyed his new community, his parents were comfortable knowing they didn’t have to worry about him being away from home.

“We knew Mark would have struggles, but it was a comfort to know there were people at Hesston who would support and guide him,” said Marty.

As Mark graduated on May 8, his parents offered the prayer of invocation. “Having my parents do the prayer was a big honor for me,” said Mark. “It shows that my impact at Hesston has been recognized.”

Mark is grateful for the series of events that brought him to Hesston, and that he has a proven-effective model with which to measure the elements he needs for success when searching for a college the second time around.

“Who knew that phone call from half the country over would mean so much to me?”