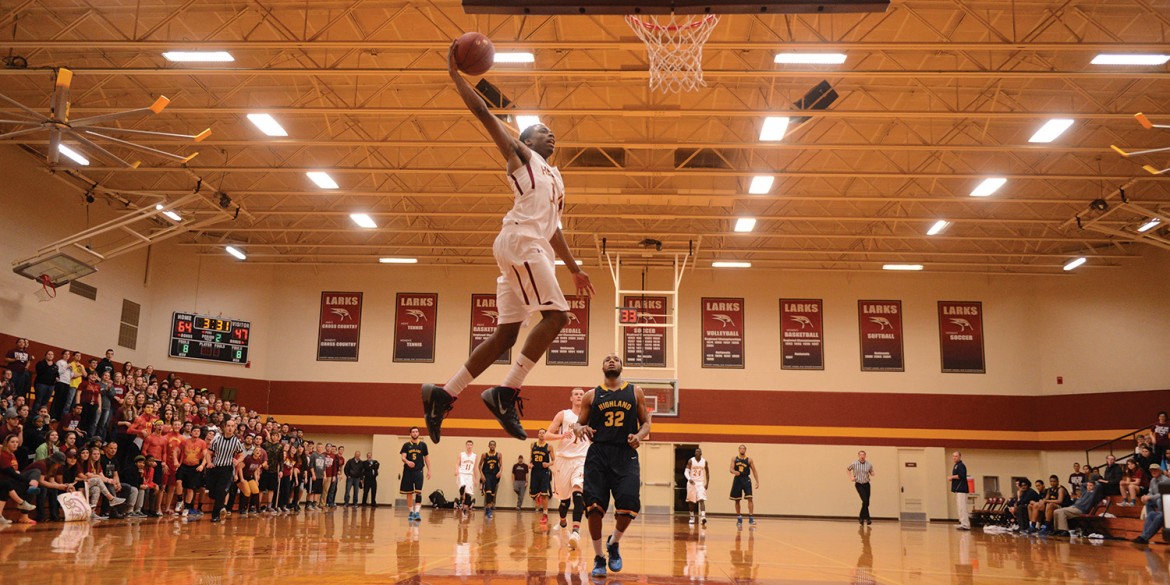 The men’s basketball team had an exciting 2014-15 season, including Hesston College’s first men’s basketball national tournament showing in 25 years. Under the leadership of coach Dustin Galyon ’04, the Larks qualified for the national tournament in Danville, Ill., March 17 to 21. The team shared the regular season regional championship with Kansas City Kansas Community College (KCKCC). After knocking off Highland (Kan.) Community College 71-51 in the NJCAA Region VI, Division II Tournament semifinals at Yost Center, the Larks advanced to the championship game at Wichita (Kan.) State University’s Koch Arena, where they secured the tournament championship with a 77-69 win over KCKCC. The Larks dropped two games at nationals to be eliminated from the tournament. They finished the season with a record of 22-12. 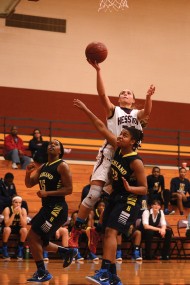 The women’s basketball team and Coach Dan Harrison ’79 found themselves in post-season play with a close 51-45 home win over Fort Scott (Kan.) Community College in the final regular season game. Their season came to an end a few days later in the first round of the NJCAA Region VI, Division II Tournament with a road loss to Highland (Kan.) Community College Feb. 28. The Larks finished the season 14-17.

Despite weather adversity, baseball, softball and men’s and women’s tennis are underway. After a record-setting 2014 season, baseball coach Rob Ramseyer fields a young and talented roster ready for another exciting season lineup. Softball coach Andrew Sharp ’99 is excited for his deep pitching staff and competitive lineup for the 2015 season. The team traveled to Arizona for three games during spring break March 9 to 13. With dedicated players making up his teams, men’s and women’s tennis coach Myron Diener ’78 is optimistic that both teams will see improvements from a year ago.