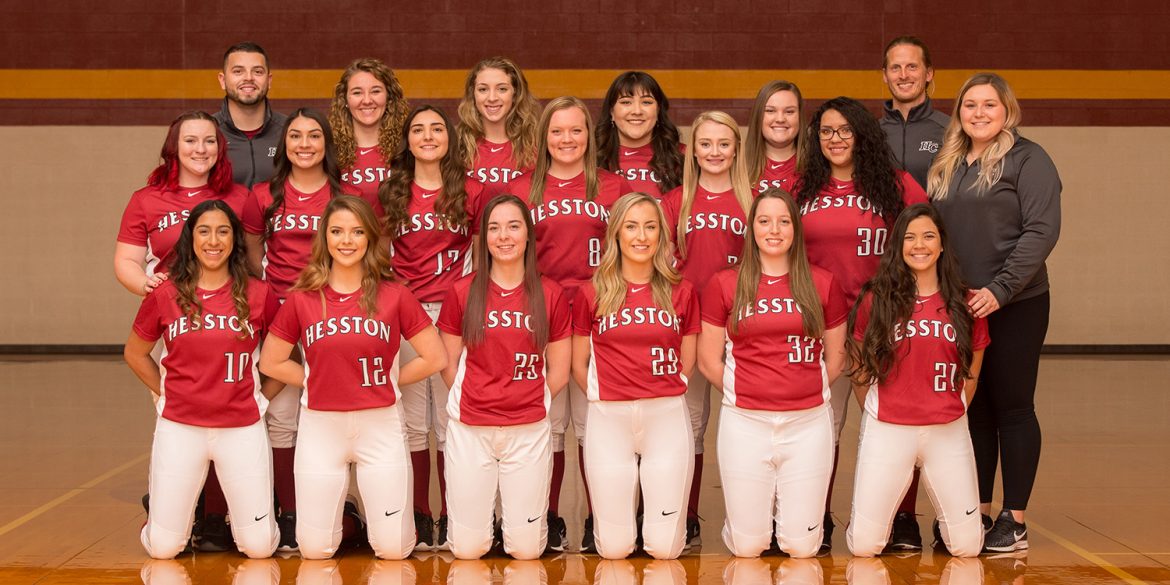 The Larks went 34-13 in 2019, including a 23-game win streak, and in the college’s first year in the Kansas Jayhawk Conference, captured a share of the conference title. Coach Andrew Sharp ’99 was also named the KJCCC Coach of the Year.

Student-athletes honored as Athletes of the Year

The Athletic Department honored two student-athletes, sophomores Cal Hartley (Benton, Kan.) and Lexi Avalos (Yucaipa, Calif.), as the 2018-19 Male and Female Athletes of the Year at the annual banquet in May.

Hartley was a captain and leader on and off the court for the men’s basketball team. He earned second team honors in both the KJCCC and NJCAA region. In the NJCAA, Hartley ranked eighth nationally in three-pointers made (108) and fourth in free-throw percentage (88.1). He sits in the top 10 of the Hesston College all-time leaderboard in several categories, including three-pointers shot, three point shooting percentage and minutes played. Hartley was a two-time NJCAA Academic All-American.

Avalos was a leader on the best Lark softball team in history. She was first team all-district and second team conference, her second all-district selection. She ended the 2018-19 year with 53 hits, including two home runs. Avalos scored 35 and finished with 55 RBIs. For her career, she tops the Larks with 118 hits over her two years. Avalos is a two-time Academic All-American.

New coaches will lead the volleyball and softball teams for the 2019-20 seasons.

Casey Cole was hired as the volleyball head coach. Cole began at Hesston College in summer 2018 as a Student Success specialist and assistant volleyball coach under coach DeeDee (Martin) ’02 Landes.

“I am excited, honored and humbled to be entrusted with this program,” said Cole. “I look forward to pouring out my heart, investing with the students and walking alongside them as they become better athletes and individuals.”

Bell served as an assistant coach at University of St. Francis (Joliet, Ill.) where she recently completed a master’s degree in health education.

“I am very excited and honored to be given the opportunity to lead the Hesston College softball program,” said Bell. “I look forward to being in a Christian environment. I believe in this program and cannot wait to continue the winning tradition that Coach Sharp built.”

Hesston College and Lark Athletics unveiled a new, official logo at the end of May, replacing the existing mark that represented the brand since 2004. The new logo refreshes the Lark head with an updated and classic appearance.

“There are exciting changes happening within Hesston College Athletics, and the new logo is a part of those improvements,” said Rachel (Schlegel) ’05 McMaster, director of marketing and communications. “With several major athletic facility projects in the works, this was a good time to also give the Lark a more modern look.”

The Lark and other elements of the new athletics visual brand, including a customized font, were created by Hesston College graphic designer Marissa (Hochstetler) ’14 Unruh.