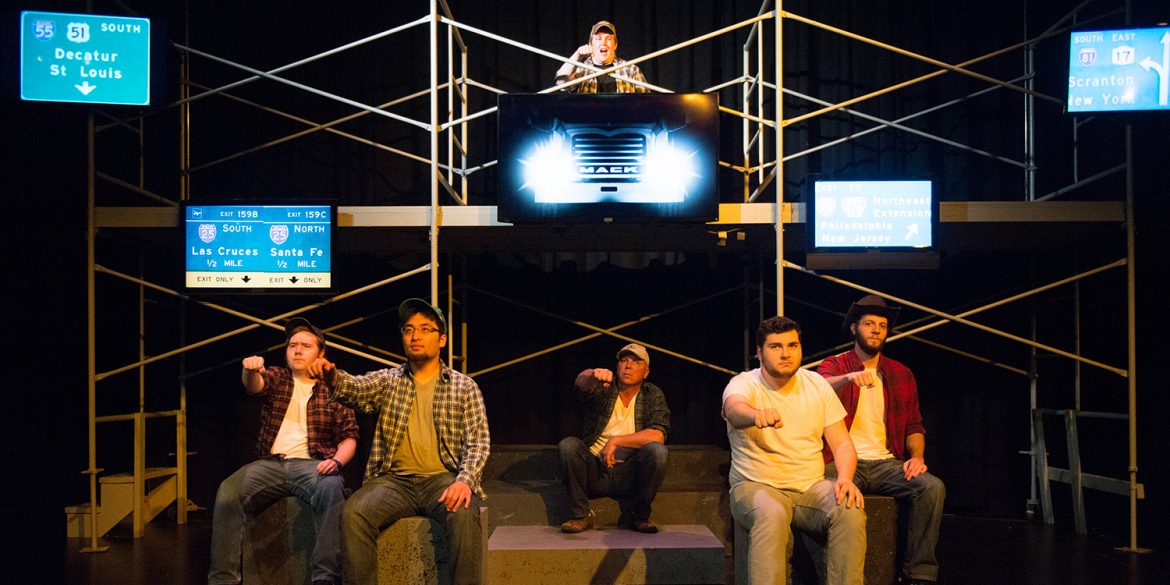 Students have ample opportunities to perform on stage or help behind the scenes at Hesston College. The theatre department produces four shows each school year in addition to several other performance venues that arise including chapels, worship services, special college functions and miscellaneous community events.

We produce a drama in the fall, usually around the end of September or beginning of October, giving students the chance to get involved right away. Thanksgiving at Hesston College is a big weekend, and the theatre department produces student-directed one acts. These one acts feature one to two students in the directing class taking the position of the director for a smaller but full production. Students involved in this show get the unique experience of working with one of their peers as well as faculty designers who assist with translating the director’s vision to the stage.

In spring semester we offer a winter musical or comedy on alternate years interspersed with a drama. This is followed at commencement with a theatre showcase of a lighter nature—a great deal of fun for both cast and audiences. On some years this is a collection of scenes and songs from the Music Theatre Workshop class and on other years this is a sophomore theatre showcase.

Finally, because Hesston is a smaller school, opportunities abound for additional performance experiences. Students with special interests (i.e. improv, dance, mime, church drama) are encouraged and supported in their endeavors.