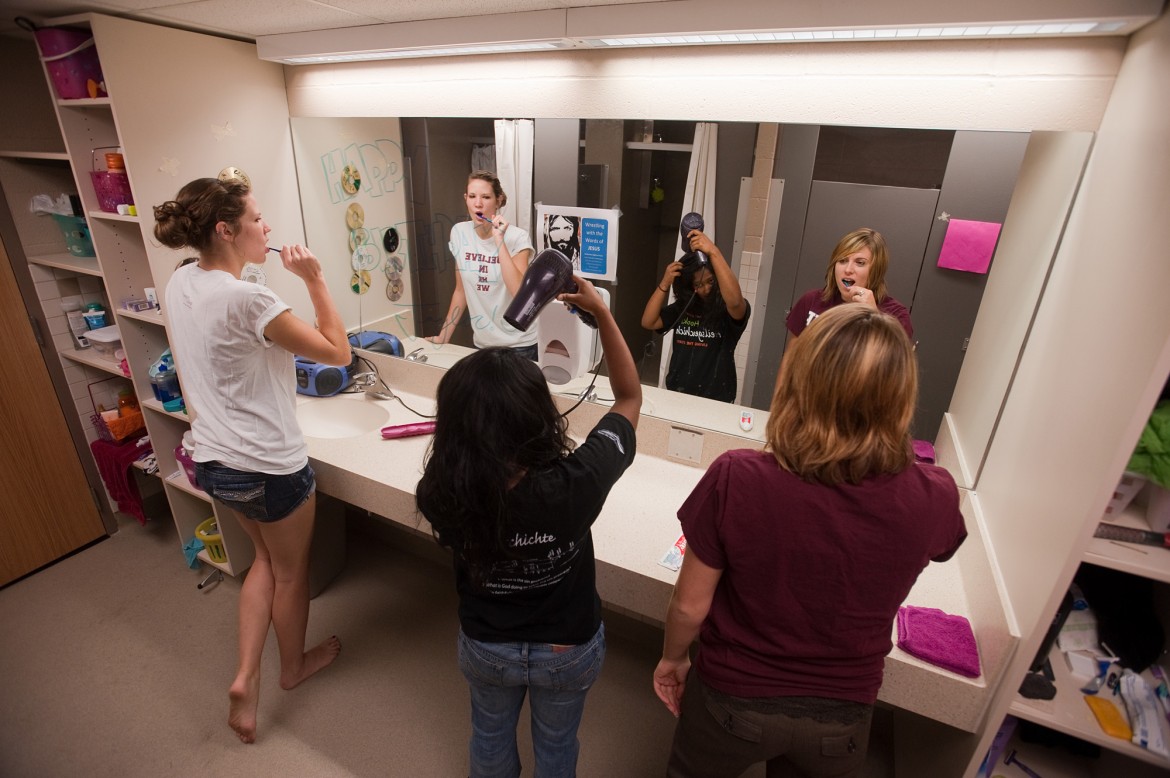 Hesston College plans to renovate the dorm rooms, lounges and infrastructure in Erb central and west beginning in May 2011.

The college is continuing a campaign to raise funds for the improvements. So far, $1.2 million has been raised with another $1.8 to be raised by summer 2011. Excel Industries in Hesston gave a major gift to lead the project in 2009.

An alumni steering committee is being formed to help guide fund-raising efforts and informational events around the country. A student committee will also offer input into the renovations.

Vice President of Student Life Lamar Roth believes updating the space is in line with the values that the college portrays.

“Hesston College has taken great care of its facilities, and the Erb renovation is a continuation of that philosophy and commitment,” he said.

The dorms were built in 1969, and the infrastructure remains in the original form. Painting has been done and carpet replaced as needed throughout the years. Windows and roof have also been replaced. The bathrooms were renovated summer 2010 and the mattresses replaced. Erb east and Kauffman Court dorms were both renovated in 2000.

The impending renovation will improve energy efficiency and student quality of life by replacing rusty pipes and aging equipment and providing new interiors and furniture. Current plans also include lounges to connect central and west wings, a large community lounge to be built above the bookstore and an elevator to make all four floors accessible to everyone.

“The utility of the mods is becoming a challenge,” said Roth. “Individual cooling units and crowded kitchenettes are no longer meeting the needs of the students and are difficult to maintain in a condition that we believe is acceptable.”

New heating and cooling systems will reduce the college’s carbon footprint and utility costs. Improved living and lounge space will give students a nicer and larger area to gather.

“So much positive relationship building happens in these informal areas, and we want to foster those opportunities,” said Roth. “We must keep their space up to date and inviting.”

The winter issue of the Hesston College Today will feature the 41-year history of Erb central and west. Alumni are encouraged to share their dorm-life stories and photos by sending them to the editor by Jan. 3, 2011, at