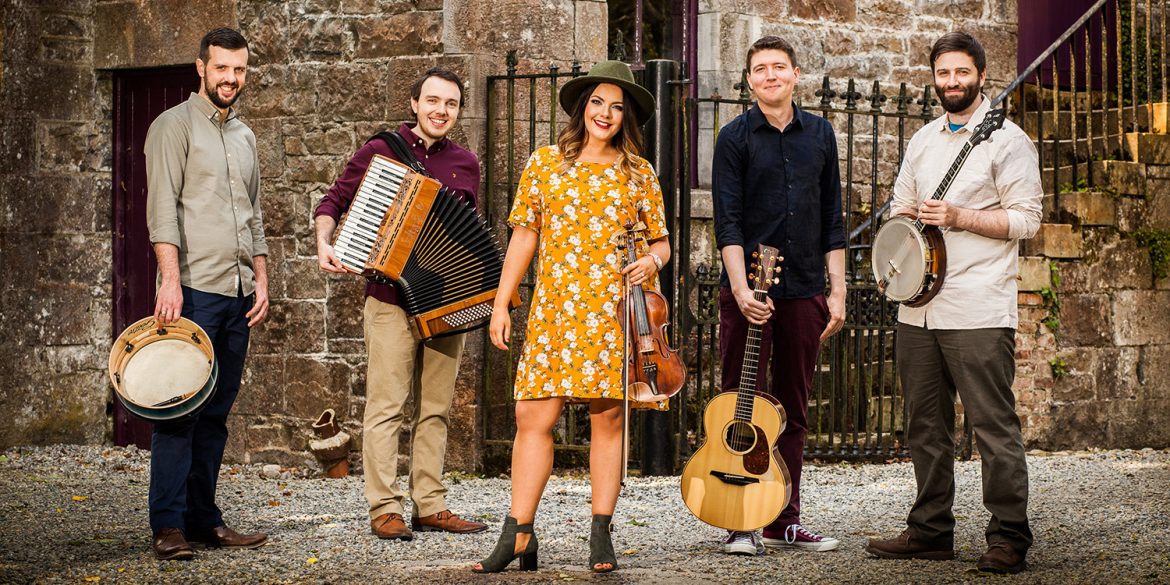 As St. Patrick’s Day approaches, Hesston-Bethel Performing Arts will present the final concert in the 2019-20 season with Irish quintet Goitse at 7:30 p.m., Monday, March 9, at Hesston Mennonite Church on the Hesston College campus.

The name Goitse – pronounced “Go-wit-cha” – is an informal Gaelic Irish greeting that means “come here.” The group bids audiences to “come here” and enjoy the variety of instruments as well as award-winning vocals from Áine McGeeney, who was awarded Best Female Vocalist in 2016 by the Irish American News, in their own compositions and traditional Irish tunes. They have been praised by Irish Music Magazine with “music that’s brimming with energy and creative zeal.”

With artists coming together from Limerick, Ireland’s Irish World Academy, the group has become a leader of the new generation of traditional Irish ensembles. They have won several awards in their genre, including the Chicago Irish American News’ “Traditional Group of the Year” and “Group of the Year,” as well as the prestigious “Freiburger International Leiter 2016” award in Germany.

Along with the crystalline vocals from McGeeney, the group’s instrumentalists are also award-winning musicians. Colm Phelan holds titles as World and All-Ireland Bodhrán champion, and recent All-Ireland piano winner Tadhg Ó Meachair has won various awards in piano, piano accordion and accompaniment. Guitarist Conal O’Kane is recognized as one of the finest guitarists of his generation, and Alan Reid shines as a multi-instrumentalist on banjo, bouzouki, mandolin and oud.