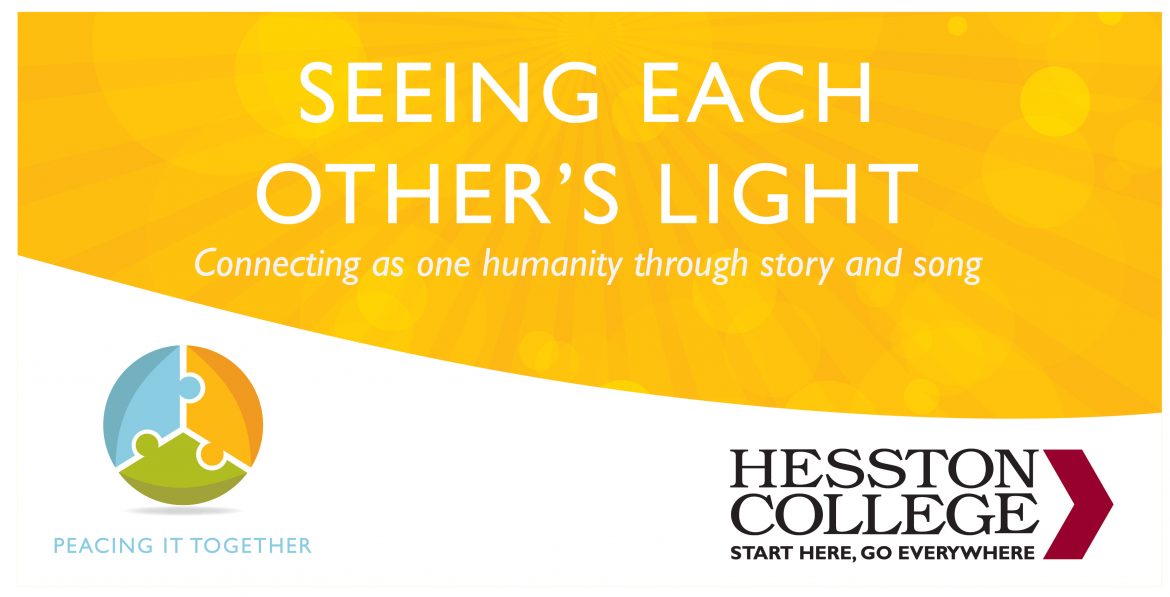 A new Hesston College program is using the unifying mediums of storytelling and music to carry a message of peace, justice and the unity of common humanity to communities in south central Kansas.

“Seeing Each Other’s Light,” features Hesston College students, internationally-acclaimed baritone Tony Brown, professional concert and opera singer Carren Moham, and members of the community in which the program is performed sharing the stories and songs that have made them who they are.

The concert is free and open to the public.

“Seeing Each Other’s Light” acknowledges the validity of interfaith groups and the diverse people that are part of the Wichita community and other surrounding communities and show how we’re all part of something bigger,” said Brown, who is the program’s organizer.

Global Faith in Action, a Wichita non-profit that works to help people of different ideologies and faith practices focus on commonly held beliefs through respectful dialogue and learning, is co-sponsoring the event.

Each of the performers brings a diverse and unique experience to share with the audience. Hesston College student performers come from as nearby as Newton, Kan., to as far away as Japan, Indonesia, Kenya, South Korea and Albania.

Sophomore Esmi Hernandez notes that even though her story takes place more locally in Newton, it’s a story of being in a minority population and how her family’s culture has changed over time.

For Brown, uniting people through story and song has been part of his professional work for decades. As founder of the Peacing It Together Foundation, Brown served the global community as a resource for peace and social justice and bringing people together across the divides of race, culture and religion. He saw music transform and heal in countries such as Bosnia, Moldova, Northern Ireland, Uganda, Ethiopia, the Philippines, China, Japan, South Korea, Colombia, Indonesia and more.

Peacing It Together recently began a new venture as a program of Hesston College that offers several performance-based shows – of which “Seeing Each Other’s Light” is a part – as a resource in peace and social justice for communities of every kind.

As a diverse campus community with students representing 32 U.S. states and territories, 25 international countries and 27 Christian denominations and world religions, Hesston College students are well-suited to sharing the struggles and joys of being part of a diverse global community.

“With a long history of being a welcoming place for international students and other diverse groups, Hesston College students naturally bring stories and songs that span divides and help us recognize our common humanity,” said Brown. “With Peacing It Together being part of Hesston College, the institution can extend its unique community and approach to connection with others who also desire a world with more understanding and compassion for all.”