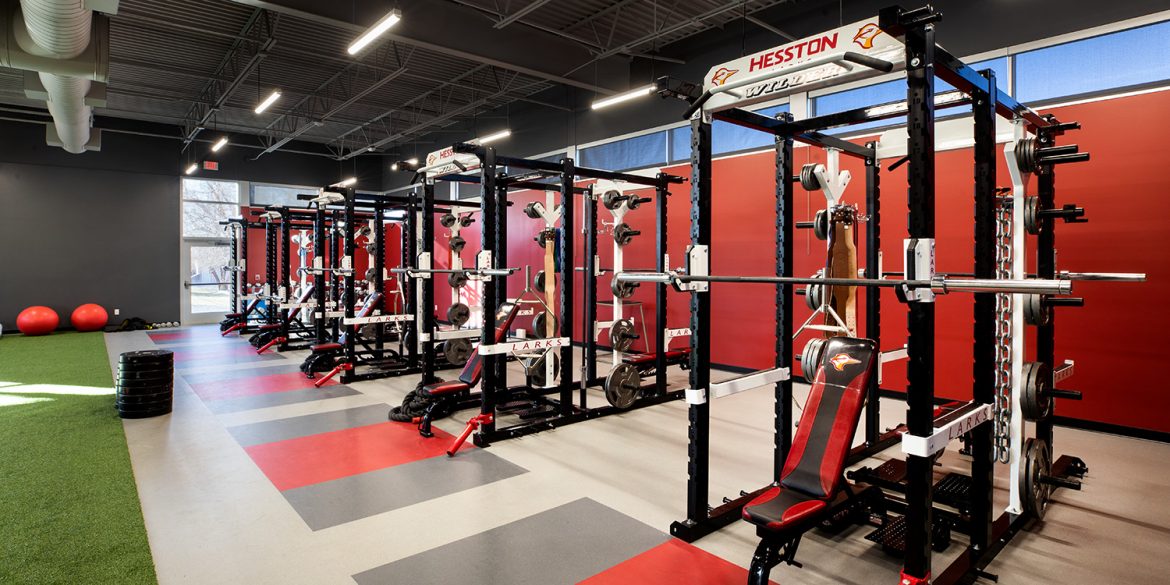 Hesston College is expanding its varsity sports offerings with the addition of a powerlifting team that will begin in August of 2020 with the start of the new academic year.

The search for a coach is underway to lead the new program. As part of the role, the coach will also oversee sport performance for the whole of the athletic department, which with the addition of powerlifting will operate 14 varsity teams.

“High school participation in powerlifting is growing in Kansas, and with the addition of our new weight training facility this past fall, Hesston College is well suited for a powerlifting team,” said Athletic Director Chris Nachtigall.

During the fall 2019 semester, Hesston College completed construction on a nearly 3,000 square foot weight training facility and fitness center that was part of a $3 million athletic facility campaign.

Nachtigall said Hesston’s program will be only the third varsity collegiate program in the state of Kansas at all levels of institutions. Both men and women are eligible to compete, and scholarships are available for student-athletes.

“The new space and set up means we have the ability to provide a great experience for student-athletes in powerlifting,” said Nachtigall. “As an athletic department, we are focused on developing the whole person, not just the athlete, and powerlifting fits into that mission.”

From an academic standpoint, as a college that offers both four-year bachelor’s degree programs and two-year programs of study for transfer, Hesston College is classified as a mixed baccalaureate/associate’s college by the Carnegie Classification of Institutions of Higher Education and the Higher Learning Commission accrediting organization. As part of the NJCAA, Lark athletic programs offer two years of eligibility. Powerlifting will be the exception to two-year eligibility, as the program is not sanctioned by the NJCAA. Student-athletes who plan to be at Hesston for either of its four-year degree programs will be eligible to compete in the sport for all four years of their academic study.

Lark Powerlifting will attend four to five meets throughout the academic year both in-state and in surrounding states that are hosted by USA Powerlifting and other powerlifting organizations.