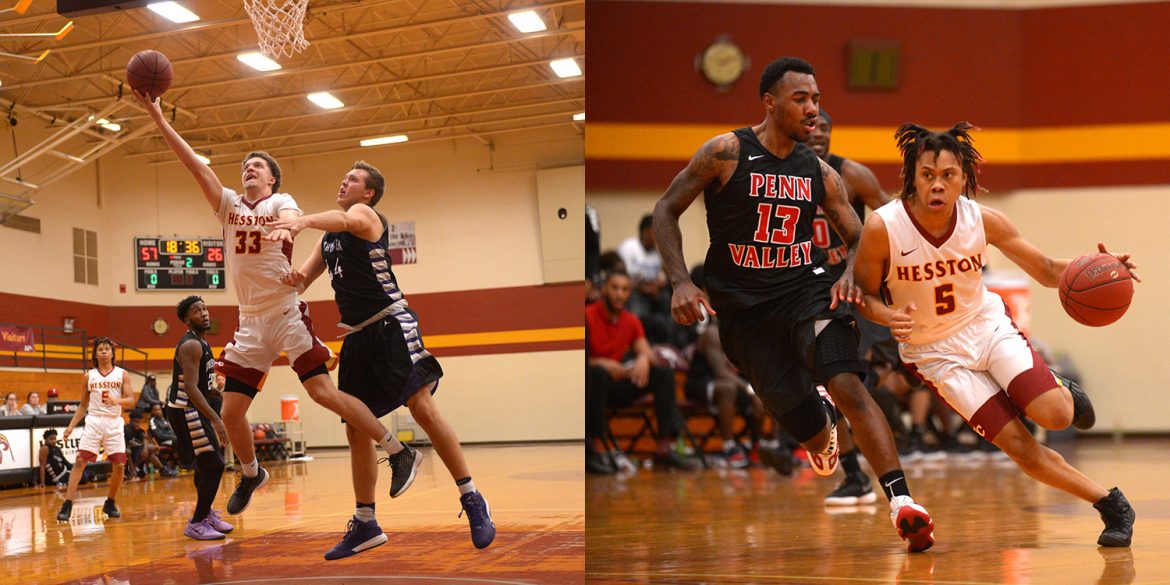 The Hesston College men’s basketball season came to an end on a buzzer-beater just a few weeks ago. But, this is not the end, especially for two of the Larks outstanding sophomores. Zac Neely and Coye Campbell were both named to the NJCAA All-Region teams this past week. Neely was selected to the Region VI-Division II First Team. And Campbell was honored with a Second Team selection.

Neely was a two-year starter for the Larks. A model of consistency as he averaged 15.2 points and 7.1 rebounds per game this season.

“There is not anyone more deserving than Zac,” said Head Coach Dustin Gaylon. “I am not surprised. Hard work really pays off.” Neely will transfer to Palm Beach Atlantic University in West Palm Beach, Florida. He has been awarded a full scholarship and will compete in one of the toughest NCAA DII conferences in the country.

Campbell averaged 16.5 points per game this season. He also had a 1:5 assist to turnover ratio. He also scored a career high 44 points in a game against Southeast Community College early in the season.

While Campbell’s on the court accomplishments are fantastic, it is his personal turnaround that really captures his quality. Coach Gaylon uses words like “growth,” “amazing story,” and is “the best player on the court at times,” to describe Campbell. Coye has a full-scholarship NCAA DI offer but is still deciding on the next step.