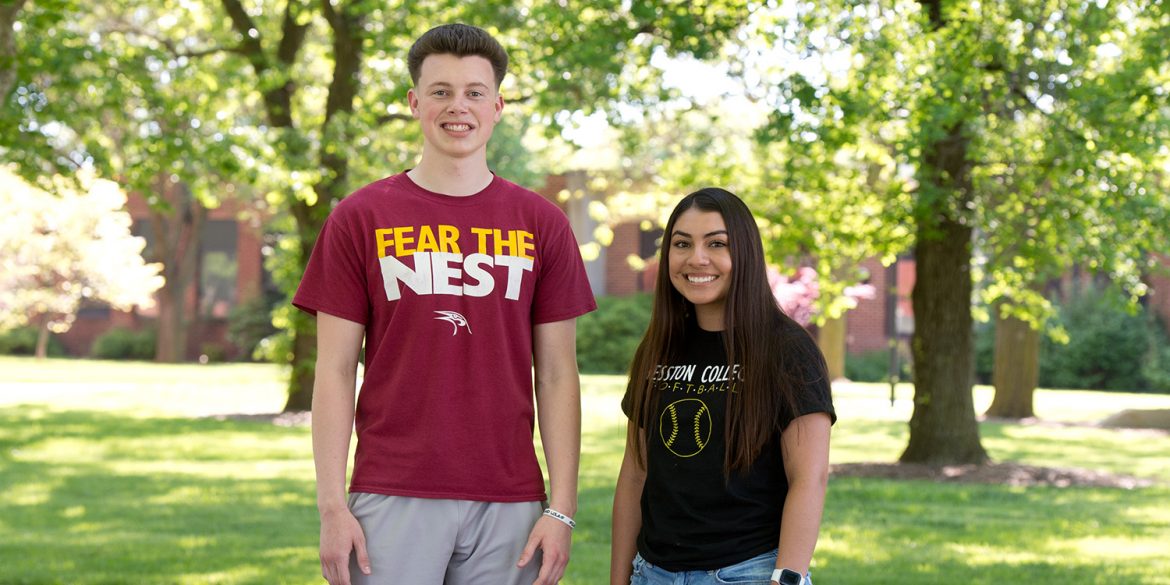 The Hesston College athletic department announces the 2018-19 Male and Female Athletes of the Year, Lexi Avalos and Cal Hartley. Avalos was an outfielder for the Lark Softball Kansas Jayhawk Community College Conference (KJCCC) regular season champions and Hartley was a guard for the men’s basketball team.

Avalos stepped up to help lead the softball team to the best season in school history. She was first team all district and second team conference, her second all-district selection. She ended the year with 53 hits including two home runs. Avalos scored 35 and finished with 55 RBIs. For her career she tops the Larks with 118 hits over her two years. Avalos is a nursing major who will be a two time Academic-All American.

“Lexi was unquestionably our team leader, something she did not ask for,” said coach Andrew Sharp. Avalos will continue her education at Hesston College as she plans to get her bachelor of science in nursing degree.

Cal Hartley had a great year for the Lark men’s basketball team. He was a captain and leader on and off the court. Hartley earned second team in both the KJCCC and the NJCAA Region. In the NJCAA Cal ranked 8th Nationally in 3-pointers made (108) and 4th in free-throw percentage (88.1). He sits in the top 10 of the Hesston College all-time leaderboard in several categories including three pointers shot, three point shooting percentage and minutes played. Hartley is also a two time NJCAA Academic-All American with a 4.0 GPA. He will attend Drury University where he will continue his studies in business and play basketball.