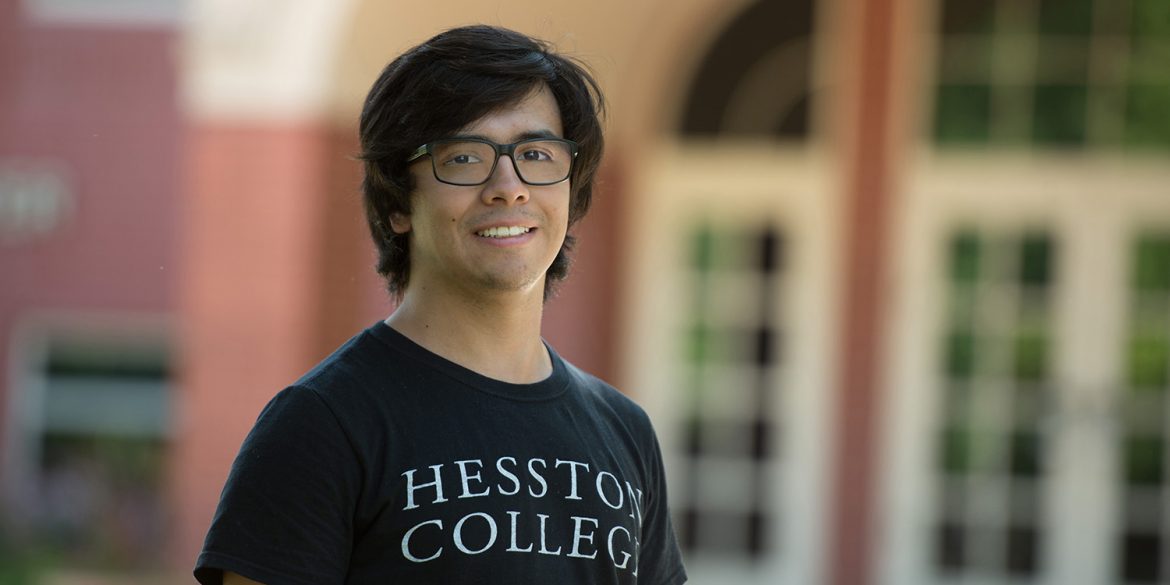 Hesston, Kansas is used to seeing young adults from around the globe through the many international students who attend Hesston College every year. But David Cortes’ purpose in Hesston was a little different.

He came from his home in Colombia to serve, to work, to immerse himself in the community and to come to deeper understanding of what service to the world looks like. A very similar set of values and goals Hesston College holds.

Cortes was hosted by Hesston College for almost a year as a participant in Mennonite Central Committee’s (MCC) International Volunteer Exchange Program (IVEP), a cultural exchange opportunity for young, Christian adults. Instead of focusing primarily on academic study at Hesston College, Cortes put the university background he gained in Colombia to work in the college’s Information Technology (IT) department.

“I like learning about different cultures and languages, and my youth group at home always promoted service, so I was drawn to IVEP because it would give me the opportunity to serve in and explore a different culture,” said Cortes.

Likewise, with an increased emphasis on global engagement, hosting an IVEP participant provided Hesston College with an opportunity to expand cultural understanding for students, faculty and staff alike on its own campus.

David’s role as support staff in IT gave him opportunities to connect with all campus groups – students, faculty and staff. Living off-campus with a host family during the fall semester gave him a connection point to the wider community and a local church, Whitestone Mennonite Church. Even though he finished his university degree from a distance in October, he also took a few classes and ate lunch with students which resulted in new friendships. Moving on campus for the spring semester allowed those relationships to deepen even further.

“Even though my role on campus was different from a typical student, I made friends with students from all over the world,” said Cortes. “I was excited to find such a large population of international students and I enjoyed being able to share and connect with people from so many countries, cultures and backgrounds.”

Cortes admits that his initial reaction to his placement in Hesston was accompanied by some apprehension.

“I wasn’t sure about being surrounded by American students,” Cortes said. “I had an image of extravagant American culture and focus on possessions, but when I got here and began to connect with people and understand life here, I found similarities to Colombia. We have the same kinds of struggles and fears and hopes and aspirations. My ideas of Americans as strict and serious also changed when I only found warm, friendly and welcoming people.”

That kind of discovery of a common humanity across the globe is what Hesston College anticipates will be an outcome for students of the transcultural experiences and other global engagement opportunities that are increasingly becoming part of the student experience.

As he reflected on the experience on his last day on campus on Tuesday, Cortes said overall the year helped him grow both professionally and personally.

“This was my first job after university and the most serious work I’ve had,” he said. “I learned what it’s like to have professional responsibilities that others rely on me to complete. Overall, I feel like I’m part of something bigger than just myself and the reality I’ve always known. It motivates me to work harder and do whatever I can to serve others. I’ve really appreciated the experience.”