Ashley Yasin leads on the field, in the classroom 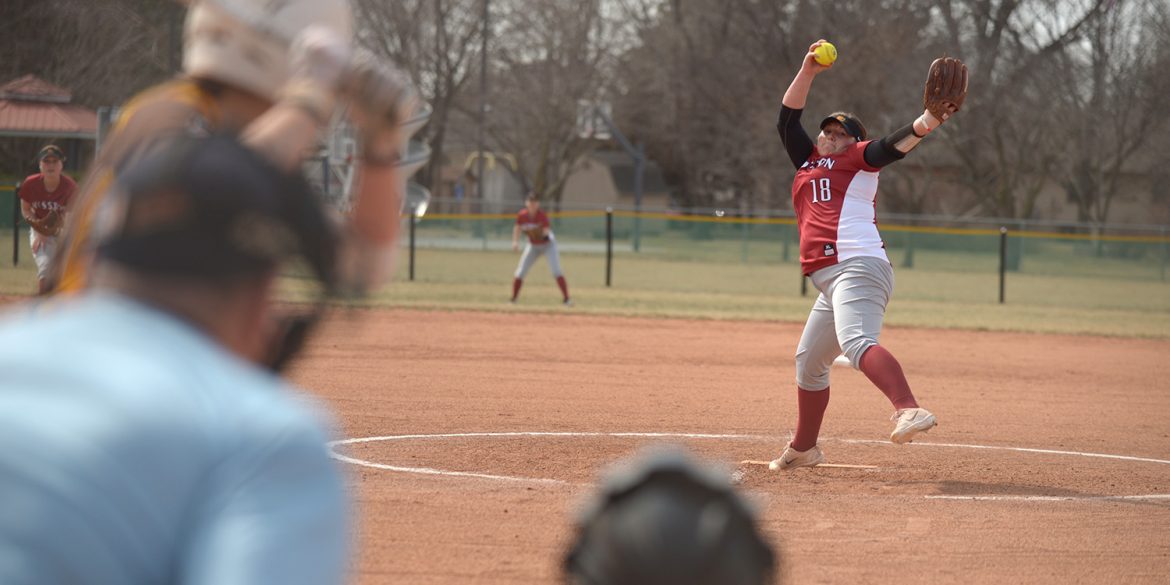 Hesston College prides itself in making sure students are not just a number. But what about 117, or 8.97 or 25? What do those number mean to the Hesston College softball team? They stand for strikeouts this season, strikeouts per game and total Lark wins. All numbers that Ashley Yasin has made her own on the softball diamond for the Larks this season.

All of these things make Yasin stand out on the field, but what is more impressive is how she stands out around campus, as a teammate and in the classroom.

“I’ve known Ashley for less than a year now,” says freshman catcher Sam Amarante, “and she has been nothing but an awesome friend and teammate to me. She does a very good job of taking freshmen under her wing and making them feel included, continuously making an effort to build a friendship outside of softball.”

In the classroom, Yasin is also making an impact. As a nursing student – one of Hesston’s most challenging majors – she must stay on top of her game at every level.

“I can tell you that she is excelling academically, responsible and managing to balance her academic and athletic load very well,” said Director of Nursing Education Becky Bartell. “She is a positive young lady who is a joy to be around.”

Head Softball Coach Andy Sharp echoes more of the sentiment. “Since arriving on campus, Ashley has been exactly what we needed her to be,” said Sharp. “She has consistently worked hard and given her team a chance to be successful. I am grateful that she made the move from California to Kansas, and I could not be more proud of what Ashley has accomplished in her time on the Hesston campus.”

How is someone successful in the classroom and on the field at Hesston? Teammate Jaelyn Rufenacht sums it up well. “Her success is something she has worked to earn, not only have I seen her work to dominate in the circle, but she is constantly working to improve as a teammate. Ash was one of my first friends on the team and I have loved watching her become the player and teammate she is. I am going to miss the long days on the field with her.”

Not every story ends with breaking records and teammates and staff proud of who you are becoming. But, that is the goal.