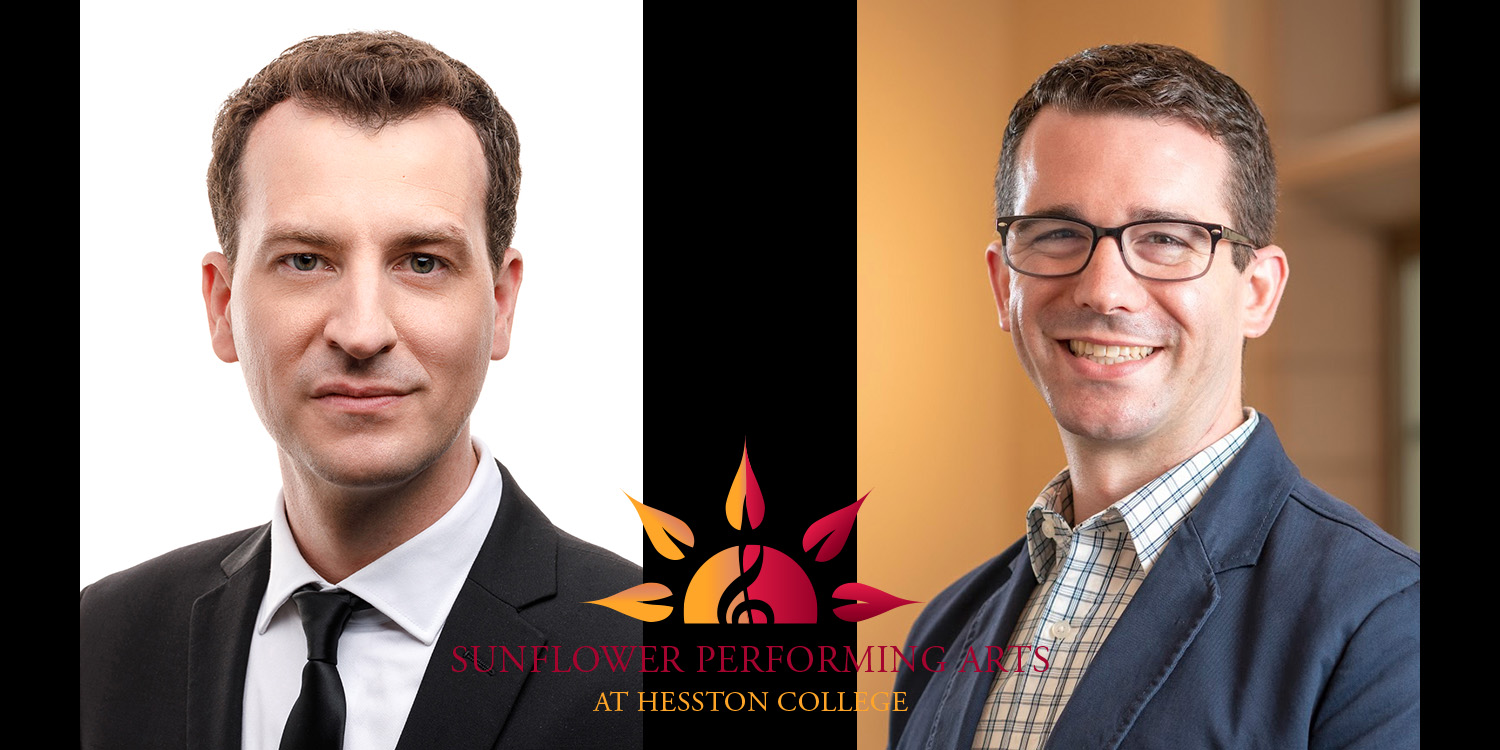 In collaboration with the Andover Organ Series, organist Kevin Vaughn and baritone Stephen Lancaster will close the 2021-22 Sunflower Performing Arts season with a program of sacred songs on Sunday, March 27 at 3 p.m. at Hesston Mennonite Church.

“This collaboration between Sunflower Performing Arts and the Andover Organ Series is a unique opportunity to hear the organ with a solo singer,” said Ken Rodgers, music professor at Hesston College. “The approach that Kevin Vaughn and Stephen Lancaster take to finding a balance between organ and voice is exhilarating.”

“The Andover organ is a magnificent instrument, and we are thrilled to hear artists as talented as Vaughn and Lancaster making music with it,” Rodgers said.

Vaughn is Director of Music and Organist at Gloria Dei Lutheran Church in South Bend, Ind., and performs nationally and internationally as a solo concert artist. Vaughn teaches organ literature in the Graduate Program in Sacred Music and is the assistant director for doctoral studies at the Kroc Institute for International Peace Studies at the University of Notre Dame.

Lancaster is an accomplished concert baritone and has been featured as a soloist in venues around the world, including Carnegie Hall, Chicago Cultural Center, Chiang-Kai Shek Memorial Hall, and Centro Cultural de Belém, as well as performing with ensembles such as EXIGENCE and Conspirare. He is associate professor and head of the Graduate Voice Studio at the University of Notre Dame, South Bend, Ind.

Single ticket prices for the final Sunflower Performing Arts concert of the 2021-22 season range from $23 to $27, depending on seating section, with discounts available to students and senior citizens. For more information or to purchase tickets, call 620-327-8158 or visit the SPA website at Sunflowerarts.org. Audience members will be required to wear a mask, according to current Hesston College guidelines.