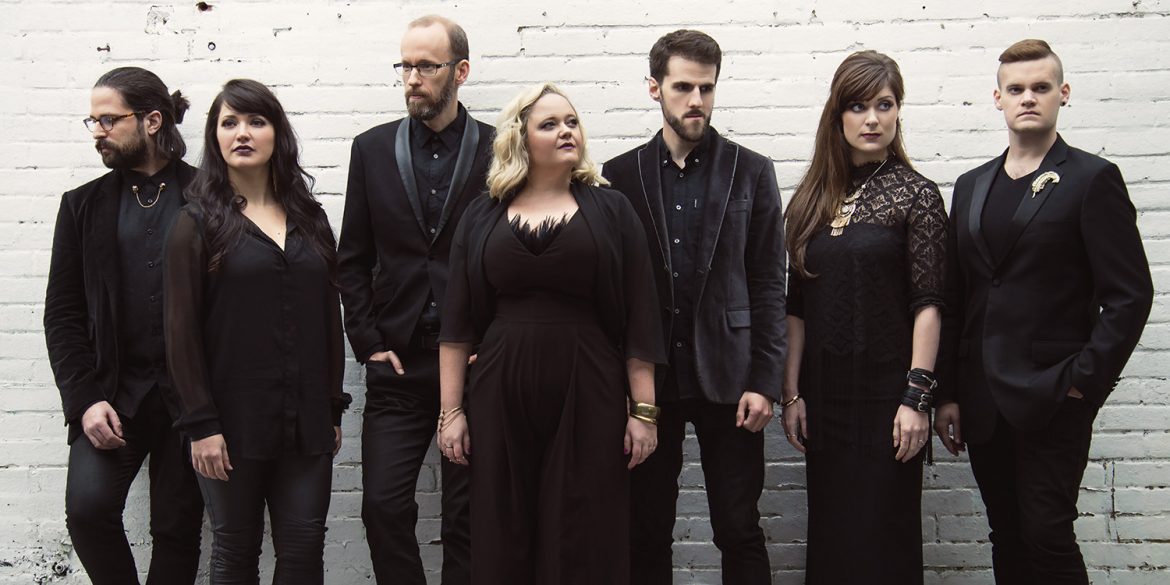 The Swingles are HBPA’s only repeat performer in the 2019-20 season, first taking the series stage for the 2015-16 season. The concert is being sponsored by KMUW – Wichita Public Radio and KHCC – Radio Kansas.

Hailing from London, the ever evolving Swingles have pushed the boundaries of vocal music for more than 50 years, and the seven young singers that make up today’s group are driven by the same innovative spirit that has resulted in five Grammy® wins since the 1960s.

“The vocal and choral world has changed considerably in the last 50 years…But The Swingles have managed to hold on to their distinctive niche and continue to thrive,” said a Chicago Sun-Times review.

The Swingles were born in 1963 when American-born Ward Swingle assembled a group of Parisian singers to sing Bach’s keyboard music. The resulting album, “Jazz Sebastian Bach,” launched the group to fame.

Over the last half century, the group’s repertoire has expanded to include music across the spectrum – both covers and original songs. They have released more than 50 recordings and appeared on numerous film and TV soundtracks, including Glee, Grey’s Anatomy, Sex and the City, and Milk.

Their “Winter Tales” program mixes selections from their year-round repertoire with seasonal specialties, including gorgeous and surprising arrangements of traditional carols, winter-themed originals and nostalgic classics.

The Guardian praised the group’s versatility, saying, “Stunning reinventions of songs by the likes of John Martyn, Elbow and Mumford & Sons, with subtle beatboxing and audacious harmonies…superhero singing to truly raise goosebumps.”

That versatility has led to collaborations with artists as diverse as the Modern Jazz Quartet, Jamie Cullum and Labrinth. Luciano Berio was one of the first composers to explore the sound of The Swingles’ amplified voices in an orchestral setting, and the group continues to perform his groundbreaking “Sinfonia” around the world.

In addition to a busy touring schedule, the groups present their own London A Cappella Festival at Kings Palace each January in partnership with Ikon Arts Management. The festival is the first of its kind in the city, and welcomes the finest vocal talent from around the world.

Single tickets for The Swingles are available starting at $25, with discounts available for senior citizens and students. Tickets can be purchased online, by calling 620-327-8104 or in person at the Hesston College Bookstore or Bethel College Thresher Shop during regular business hours.

The next HBPA performance will feature The Queen’s Cartoonists on Feb. 7.