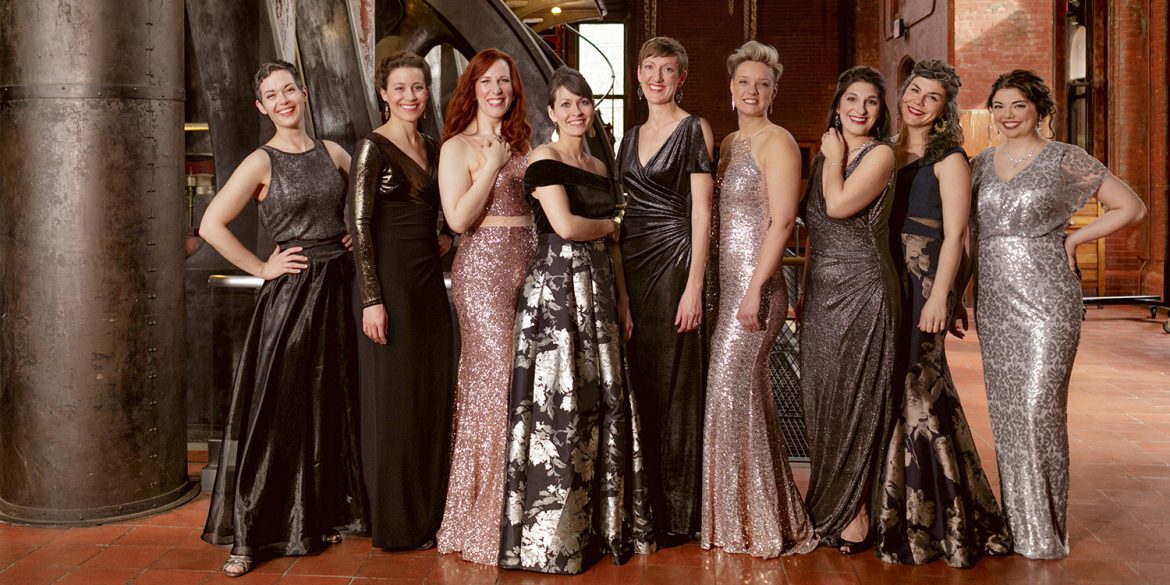 With bold programming and expertise spanning early to contemporary music, Lorelei is sure to please fans of HBPA favorites like The King’s Singers and Chanticleer. With accolades such as “impeccable musicality” (Boston Globe) and “elegance, power, grace and beauty of the human voice” (Boston Music Intelligencer), the group has earned national praise for inventive programs that showcase the extraordinary flexibility and virtuosity of the human voice.

The Boston-based, nine-woman vocal chamber group is driven by a mission to advance and elevate women’s vocal ensembles and to enrich the repertoire through forward-thinking and co-creative collaboration. With inspiring artistic vision, Lorelei is compiling culturally relevant and artistically audacious programs that stretch and challenge expectations of both artists and audience.

All nine of the vocalists who make up the group are professionals whose independent soloist careers lend to the group’s rich and diverse palette.

During its HBPA visit, Lorelei will host a master class with choirs from Bethel College, Hesston College and Goessel High School.

Since its founding in 2007, Lorelei Ensemble has commissioned and previewed more than 50 new works. The group also has an extensive list of collaborations, including with the Boston Symphony Orchestra, and has performed on famed stages across the country such as Carnegie Hall and the Metropolitan Art Museum.

Single tickets for Lorelei Ensemble are available starting at $23, with discounts available for senior citizens and students. Tickets can be purchased online, by calling 620-327-8104 or in person at the Hesston College Bookstore or Bethel College Thresher Shop during regular business hours.

The next HBPA performance will feature The Swingles with a Christmas performance on Dec. 3.