A Curious Incident more relatable than not 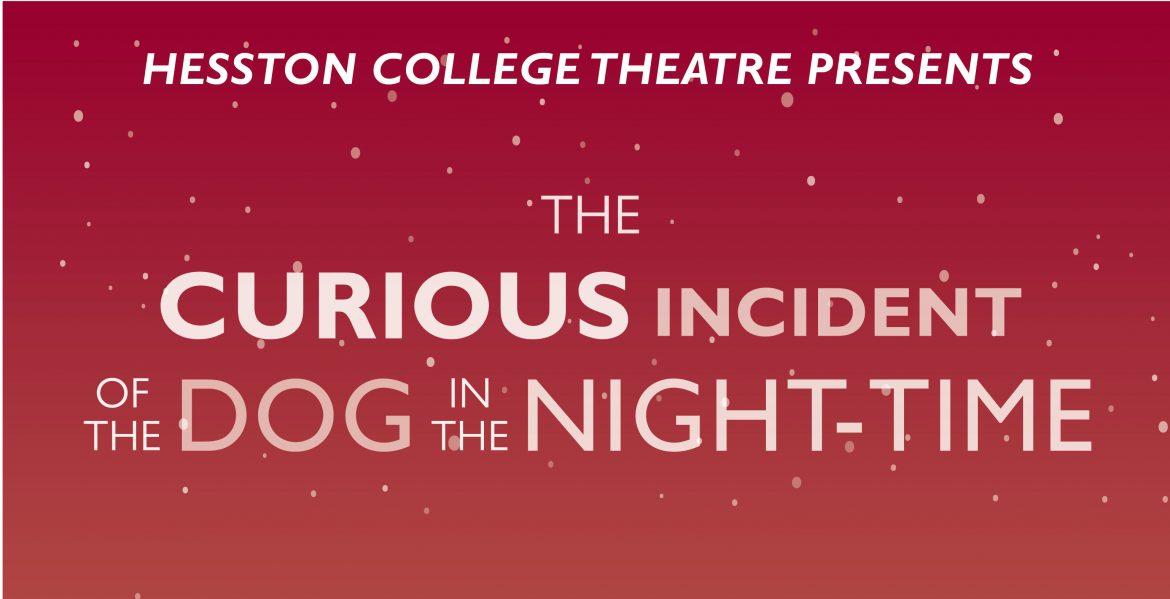 Hesston College Theatre will present five performances of the Tony Award-winning play The Curious Incident of the Dog in the Night-time Oct. 23 to 27.

“The show is very magical, but even in all its technical wonder, the story is simple – a boy who searches to find the answer to a neighborhood mystery also ends up searing for belonging and a feeling of worth,” said director Rachel Jantzi. “Who hasn’t searched for that at some point?”

Showtimes are at 7 p.m., Oct. 23 to 26, and 2 p.m. on Sunday, Oct. 27. All performances will be in the Keim Center Black Box Theater. Tickets are $10 for adults and seniors and $5 for students, and are available for advance purchase at the Hesston College Bookstore in Erb Hall or online.

The drama, which was hailed by The New York Times as “a phenomenal combination of storytelling and spectacle,” tells the story of a boy who has an autism spectrum condition, as he discovers and investigates the death of his neighbor’s dog. Giving insight into the relationships he has with those around him, the audience is exposed to the struggles, compassion and rewards the boy experiences with himself, his parents and his school mentors.

“This show gives a voice to those who are neurodiverse, a demographic that isn’t often represented in theatre,” said director Rachel Jantzi. “The protagonist navigates a world which is very difficult for him, but he never gives up. There is also a focus on families who aren’t perfect and come up short, but they still try hard to connect and be better. It’s a very real and relatable show.”

The Curious Incident of the Dog in the Night-time is written by Simon Stephens and based on the novel of the same name by Mark Haddon. At its 2012 premier run in London, the play won seven Olivier Awards, including Best New Play. During its run on Broadway from 2014 to 2016, it won five Tony Awards, including Best Play in 2015.

For the 10 student actors and 10-person production team, it’s a lesson in being stretched and challenged.

From a technical standpoint, precision and timing is key for both actors and crew as physical movements and timed projection help to enhance how life is different for the protagonist.

“Our production is very physical, with actors lifting each other and climbing walls of theatre with very precise, choreographed movements,” explained Jantzi. “Projects are shot onto the floor to help create a sense of space and the structure of the lead character’s brain – precise and grid-like.”

“From the personnel side, we’re also learning to be a cohesive team despite our differences,” said Jantzi. “Our cast and crew has several countries represented, as well as has neurodiverse students involved, and wildly different levels of theatrical experience, and yet we are all creating something together that is very unique and challenging and having a blast while doing it. All of our differences add to the layers of this show, and that is inspiring to watch and direct.”