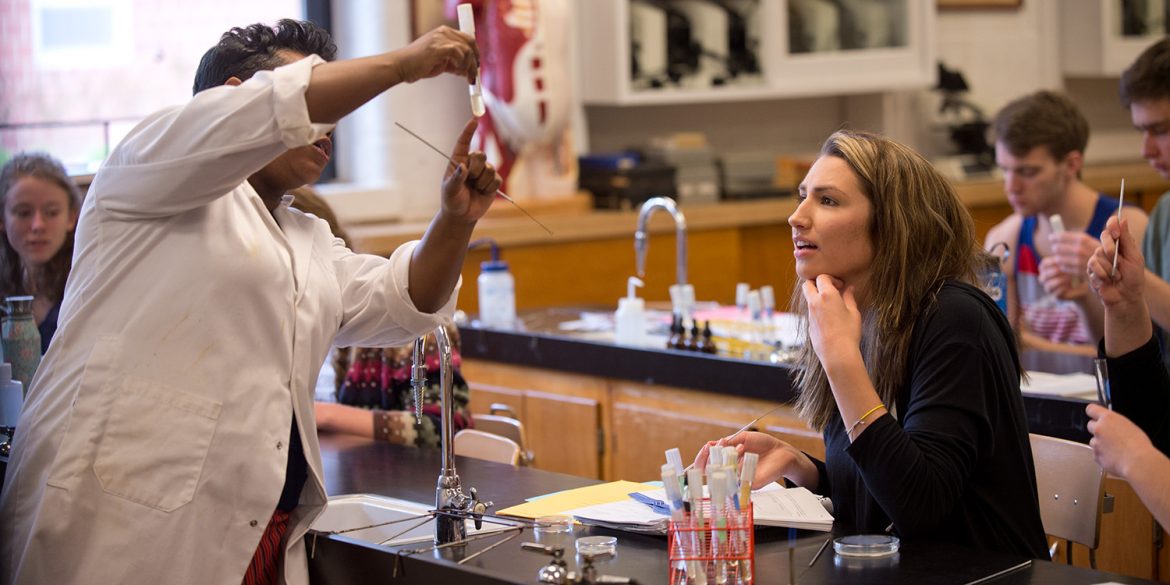 Nursing was always the profession Chloe McNiel knew she would choose. In fact, the call to the medical field was in her blood with a family of doctors, radiologists, dermatologists and nurses.

But coming to Hesston College was a path McNiel paved on her own.

“The idea my parents raised me in was to try to make it out of college with as little debt as possible, so I was looking at colleges around the area, colleges where I could live at home and work” McNiel said.

And she was all set to head off to Butler Community College (El Dorado, Kan.), living at home and working a job with her CNA qualification, while also attending the school on a choir scholarship. But her senior-year high school internship at Newton (Kan.) Medical Center changed all that.

McNiel visited Hesston College, still not sure that attending a private school would even be financially possible. But she soon hoped it would be.

“I had been told that as soon as you step foot on a campus, you’ll know if it is right for you,” McNiel said. “And when we were on Hesston’s campus I remember my mom saying, ‘These seem like your kind of people, Chloe.’”

After being granted a theatre scholarship, McNiel could finally commit to becoming a Lark. But personal relationships and community were the reasons McNiel ultimately chose Hesston College, and they are the values that draw her to nursing as well.

“I like being able to be needed and to help,” she said. “I know nursing is hard, but it’s also rewarding. It’s neat to share intimate parts of people’s lives. That the patients let you into their world creates a deep connection.”

Amidst the microbiology and anatomy courses, McNiel finds time to participate in theatre productions, to serve as a Ministry Assistant on campus, to sing in choir and to work as a Hesston College Ambassador. She also works part-time providing home care.

McNiel plans to stick around for Hesston’s four-year BSN program, which is currently the only bachelor’s program the college offers.

As someone who had never heard of Hesston College before attending, McNiel is taking it all in. She fondly remembers the Colorado camping trip and looks forward a three-week European tour with the International Chorale in May.

“Hesston has all these world travel options available,” McNiel said. “They are affordable and they allow for relationships to develop more quickly. I never imagined I could do those things alongside nursing.”

Yet McNiel is still focused on her end goal: nursing. She anticipates the next two years at Hesston to be intense, knowing nursing is a notoriously challenging program, but she’s ready for whatever challenges lie ahead.

“I’ve never imagined anything else for my life,” she said. “I’ve always wanted to be a nurse. So many of the people in my family that I’ve looked up to are nurses. I can see that I have whatever it is in me to be a nurse. This is my dream.”