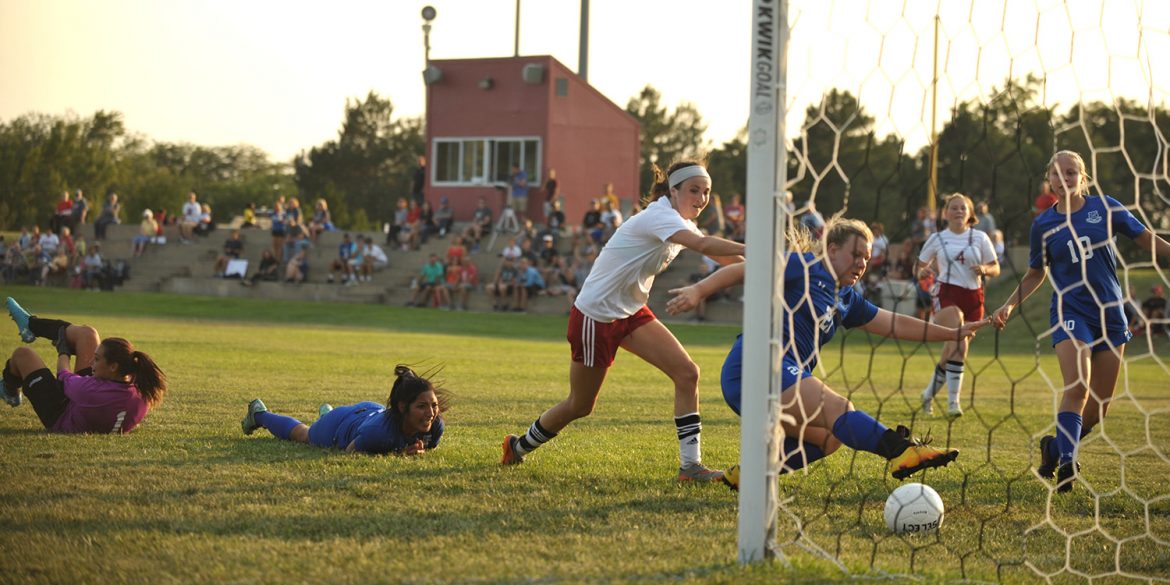 The Larks scored the winning goal with just three minutes to go in regulation in Saturday’s home match with Pratt. They added another one minute later to win 2-0 and take their Region VI record to 1-1.

The Larks were in control most of the game as they outshot Pratt 7-2 and had 12 corners to one for the Beavers. Pratt has a new coach and has the team well disciplined and so it took the Larks almost the entire game to find the breakthrough. It came in the 87th minute from Miho Okuda as she scored her fourth goal of the season off a simple short corner from Taylar Clark. “Quick thinking by Taylar and Miho to run a short corner lead to the game winning goal,” said Head Coach Bryan Kehr. “It was a competitive game.”

With the away team devastated, Kenzie Johnson pounced on a through pass from Kenzie Brown just a minute later to ensure the win for the Larks. With the win, the Larks move to 5-1 on the season and 1-1 in Region VI play. “It was good to see the Kenzie’s, (Brown and Johnson) combine late with a goal simply created by hustle,” Kehr added.

Goalkeepers Miranda Dolsman and Vivi Rodriguez again split halves and shared their fourth clean sheet of the season having a combined two saves.