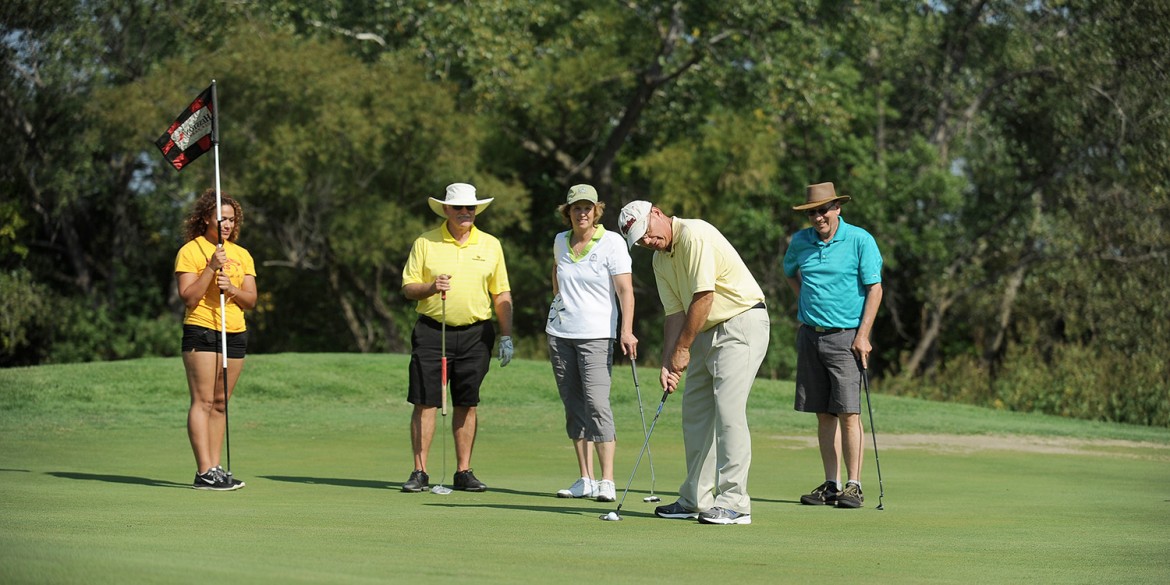 Larry Martin’s history with Hesston College spanned 60 years, and the faithful support and love for students he and his wife Donna so generously gave will be honored at the third annual Hesston College Student Scholarship Golf Benefit Thursday, Sept. 24, at the Hesston Golf Park.

Benefit information and registration can be found online. Registrations must be made by Sept. 21.

Proceeds from the benefit, sponsored by Excel Industries, will provide nursing scholarships in honor of the Martins, as well as benefit the Hesston College Student Scholarship Fund, which provides institutional scholarships and grants for 99 percent of full-time students.

Participants will also have the opportunity to win one of two Hustler mowers generously donated by Excel, as well as other prizes from local businesses and supporters. The second Hustler mower will be auctioned off.

Larry Martin first came to Hesston, Kan., from Minot, N.D., to attend Hesston Academy, the college’s high school, from which he graduated in 1956. It was here that he met and married Donna (Bontrager), also a 1956 Academy graduate and member of the Hesston College class of 1958, thus starting an enduring relationship with Hesston College.

The Martins returned to North Dakota, but Hesston College remained an important part of their lives. Their two sons, Kendall and Kirby, both graduated from Hesston, and Larry served as a member of the Alumni Advisory Council and as a member of the Board of Overseers from 1984-92. In 1995, Larry and Donna moved to Hesston and Larry began working for the college as a development officer in 1999 until his retirement in 2013.

Larry was at home working in Development as he loved meeting people and hearing their stories. He was also passionate about the work and mission of Hesston College, and his support extended across campus, including frequenting Lark athletic events.

Larry was diagnosed with glioblastoma – an aggressive brain cancer – in early June 2015, and passed away Aug. 15. While it was hoped Larry’s contributions to the college could be honored in person during the golf benefit, they will instead be remembered graciously and fondly, as well as recognize the ongoing support from Donna and their family.

The entry fee is $500 for a four-person team or $125 for individual golfers and includes a prime rib dinner. Individuals or businesses can also sponsor a hole for between $200 and $500.