Some of Broadway’s best on stage for second HBPA event 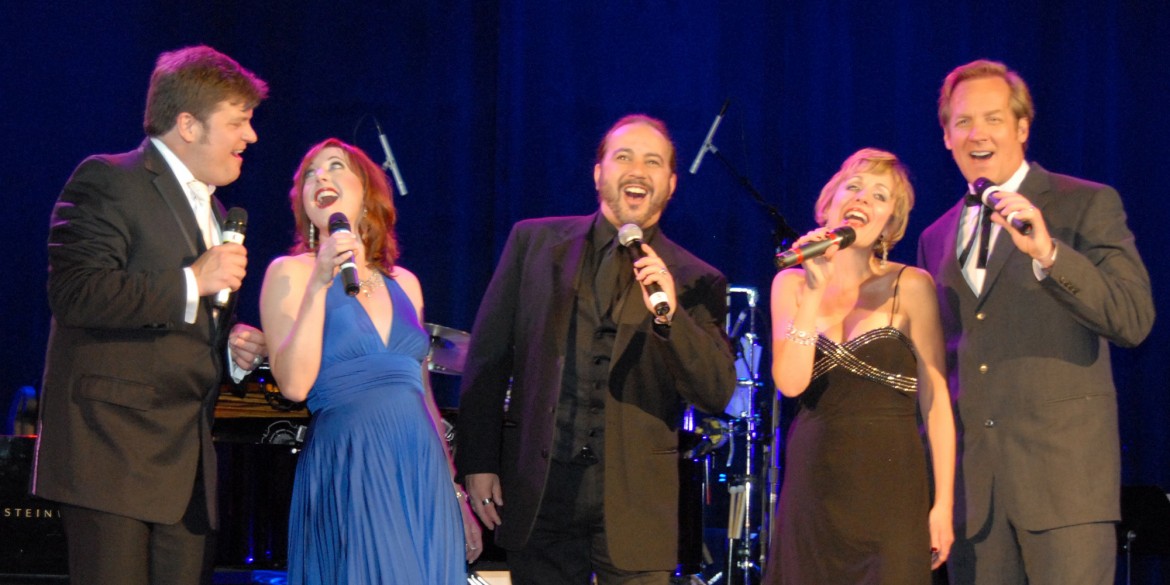 The common term for a show like Neil Berg’s 100 Years of Broadway, on the Bethel College stage Nov. 7, is “musical revue.”

But at least one reviewer says that term doesn’t do the show justice, describing it as “a gorgeous guided tour of the American art form that is musical theater.”

Neil Berg’s 100 Years of Broadway is the second event in the 2014-15 season of Hesston-Bethel Performing Arts. It will be at 7:30 p.m. in Memorial Hall on the Bethel campus.

With five singers and a top-notch New York band – no elaborate costumes or sets – Neil Berg’s 100 Years of Broadway brings together stars with the songs they made famous from musicals such as The Phantom of the Opera, Les Misérables, Jesus Christ Superstar, CATS and Jekyll & Hyde.

The scheduled cast (subject to change upon possible Broadway and touring developments) is: Sandra Joseph, best known for her starring role as Christine Daaé in The Phantom of the Opera; Richard Todd Adams, who has toured nationally in some of the most sought-after roles in musical theater, including the Phantom in The Phantom of the Opera and Jean Valjean in Les Misérables; Jeannette Bayardelle, who has starred in the revival production of Hair as Dionne and in The Color Purple as Celie; Carter Calvert, best known for originating her role in the Tony-nominated It Ain’t Nothin’ but the Blues on Broadway; and Danny Zolli, who has starred as Jesus and Judas in more than 23 productions of Jesus Christ Superstar.

The star-studded cast will be backed by musical director and pianist Neil Berg, Roger Cohen on drums/percussion and Abe Saenz on bass and drums.

Berg also serves as a narrator, weaving stories about artists, musicals and the history of the Broadway musical throughout the show.

Berg has produced more than 1,000 Broadway concert shows worldwide with his company Leftfield Productions. He has arranged, composed and written lyrics for musicals on and off Broadway, including The Prince and the Pauper, the rock musical The 12 and, currently in development, a musical version of Grumpy Old Men.

A special addition to the HBPA version of Neil Berg’s 100 Years of Broadway will be the presence of local singers for several of the numbers.

Auditions were invited through Oct. 31. A panel of industry professionals will select up to two winners and 10 runners-up, to be announced Nov. 4.

The singer with the winning entry will have a solo part in the show finale, and runners-up will sing one chorus number with the stars.

Reserved-seating and general admissions tickets for Neil Berg’s 100 Years of Broadway are available at the Hesston College Bookstore (620-327-8158) or through the HBPA website, hesstonbethel.org.

Neil Berg’s 100 Years of Broadway is funded in part by the cities of Hesston and North Newton; Excel Industries and Hustler Turf Equipment (Hesston); the Hesston Community Foundation; the North Newton Community Foundation; Hesston AmericInn; other area businesses and patrons; the Kansas Creative Arts Industries Commission (KCAIC), which receives support from the National Endowment for the Arts, a federal agency; and the NEA itself.